Allen Michael Chastanet is a Saint Lucian businessman and politician who has been Prime Minister of Saint Lucia since 2016. He is the political leader of the United Workers Party, as well as the parliamentary representative for Micoud South constituency. Previously he served as Minister for Tourism and Civil Aviation.

In 1979, Chastanet graduated from high school at Stanstead College. He holds a B.A. degree from Bishop's University and a MSc degree from American University.

Chastanet was Minister for Tourism and Civil Aviation and a member of the Saint Lucian Senate from 2006 to 2011. In 2013, he was elected leader of the opposition United Workers Party. Chastanet won the parliament seat for Micoud South constituency in the 2016 general election. He was sworn in as Prime Minister on 7 June 2016 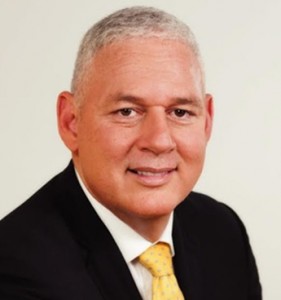