Averof Neofytou is a Greek Cypriot politician and the President of Democratic Rally (DISY), the governing party in Cyprus. Averof Neofytou has been a member of the House of Representatives since 1996. Prior to that, he was active in local politics and served as mayor of his hometown in Paphos. From 1999-2003 he was appointed Minister of Communications and Works in the government of President Glafkos Clerides which led to Cyprus’ accession to the European Union. Since 2013, Averof Neofytou is the elected President of DISY. 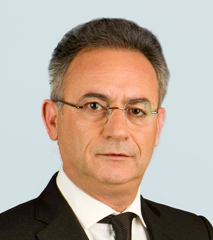