H.E. Duško Marković is the Prime Minister of Montenegro and the Deputy President of the ruling Democratic Party of Socialists. After graduating from the Faculty of Law in Kragujevac, Serbia, Marković worked in legal consulting for the Brskovo mine in Mojkovac. With a political career spanning more than three decades, Marković has fulfilled various government positions including Secretary General of the Montenegrin government, Minister of Interior, head of the National Security Agency, Justice Minister, and Minister of Human Rights. He was elected as Montenegro’s Prime Minister in November 2016. 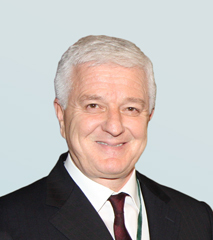