General David H. Petraeus AO (US Army, Ret.) is a partner at KKR and Chairman of the KKR Global Institute. He served over 37 years in the military, culminating his career with six consecutive commands, five of which were in combat. Following his retirement, he served as Director of the CIA and has received numerous military, State Department, NATO, and United Nations medals. He graduated with distinction from the US Military Academy and subsequently earned a PhD from Princeton University’s Woodrow Wilson School of Public and International Affairs. 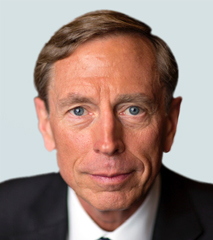