Her various parliamentary responsibilities include serving as the Senator for French Citizens Living Abroad and she also acts as Vice-Chair of the Senate delegation for Women’s Rights and Equality of Chances. Mrs Garriaud-Maylam is also Chair of the France-Senegal and France-Myanmar interparliamentary groups of the Senate, as well as Rapporteur General at the NATO Parliamentary Assembly. 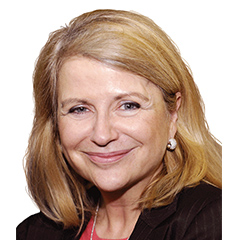