Jonathan Burt is a private client tax and trusts lawyer.  He primarily advises clients who have cross-border interests, assets and families, drawing on his extensive experience of international private client matters.

He has particular experience advising UK resident non-domiciled clients, families based in the Middle East and Africa, and US citizens who live outside America.

His core specialisms are UK tax, international trusts and wealth structuring, and advising trustees and beneficiaries on existing trust or foundation structures.

Jonathan Burt joined Harcus Sinclair’s private client practice in 2012 from Barclays Wealth. Legal 500 describes him as having “considerable standing in the international wealth planning area” and “particular specialisation in acting for clients in the Middle East and US”.  Chambers says he is “well versed in cross-border tax and succession affairs” with one source noting that "He speaks with authority."

Jonathan was nominated as the Society of Trust and Estate Practitioners’ Trusted Advisor of the Year 2015.

Citywealth selected Jonathan in the Top 20 Men in Private Wealth Management List for 2010 and nominated him for Outstanding Individual of the Year in 2011.  He has been listed in the Citywealth Leaders List since 2006.

In 2010, he was included in Citywire’s “Top 40 Under 40” wealth managers.  Whilst he was at Baker & McKenzie, Jonathan was ranked in the list of top 20 advisers for international private banking in the 2007 Chambers Global Guide.

Jonathan qualified as a solicitor in 1996.  Before he joined Harcus Sinclair in 2012, Jonathan worked for the major international law firm Baker & McKenzie for seven years.  He was a partner there from 2004.  Between 2008 and 2012, Jonathan was a managing director with Barclays’ wealth and investment management division.  He led Barclays’ key clients and family offices proposition for Wealth Advisory, the bank’s tax, trusts and insurance group.

Jonathan is a member of the Society of Trust and Estate Practitioners, and participates in its International Committee. He was previously a member of its Technical Committee between 2005 and 2008. 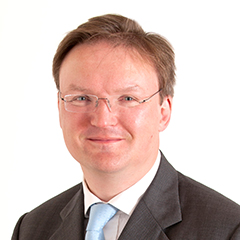