Kieran left Ireland in 1987 and moved to Australia. Whilst in Australia, Kieran spent 7 years completing post graduate studies culminating in a Master’s Degree in Business Administration from the University of Technology in Sydney. In 1995, Kieran was appointed Regional Managing Director for Asia with a large British firm and spent six years living in Singapore, Indonesia, China and New Zealand. In 2002, Kieran returned to the UK to take up the position of Managing Director for the British firm. After ten years in senior management roles, Kieran opted for a lifestyle change and moved to Croatia / Montenegro with his family. Kieran lives in Dubrovnik, Croatia and operates between offices in Montenegro and Croatia. After more than 17 years present in the market, Kieran and his teams in Montenegro and Croatia are recognised for combining their expertise in direct sales on the ground combined with advising large investors on the delivering what the market will absorb. During that period, he and his Savills UK colleagues have advised practically all major investors and projects in the market. 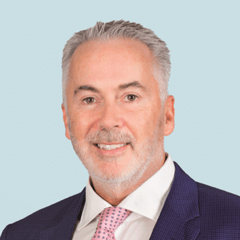