Hon. Mark Brantley is a lawyer by profession who received his Bachelor of Laws degree from the University of the West Indies – Cave Hill Campus in 1992 and his Legal Education Certificate from the Norman Manley Law School in 1994. He was awarded the Certificate of Merit from the Norman Manley Law School, only the 4th such award in the then history of the law school, and graduated First in Class. He also holds a Bachelor of Civil Law from the University of Oxford (1995) having won the Winter Williams Commonwealth Scholarship to attend that prestigious English university.

Having been called to the St. Kitts and Nevis Bar in 1994 he has practiced extensively before the High Court and Court of Appeal and has appeared in courts as far as Singapore as an expert witness on Nevis Commercial Law. He is a member of the Bars in Anguilla, Grenada, Antigua and Barbuda and Dominica and holds membership in several international professional associations such as the Commercial Bar Association (ComBar) and the Society of Trust and Estate Practitioners (STEP). In October 2017, Hon. Vance Amory stepped down as leader of the Concerned Citizens Movement and the Hon. Mark Brantley was named leader of the 30 year old party after 11 years in politics. 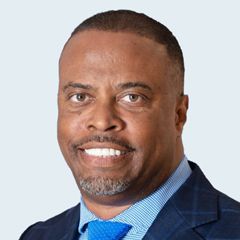