Nick is a Director at S-RM. His team provides due diligence and training support to citizenship-by-investment and investor-visa programmes worldwide. He joined S-RM in 2009, initially working as an analyst and then case manager, before moving into a senior business development role. In 2015, he left S-RM to run his own start-up open-source intelligence firm, before re-joining S-RM in 2016. He has an MA in War Studies from King’s College London and a BA in History and Politics from Sheffield University. 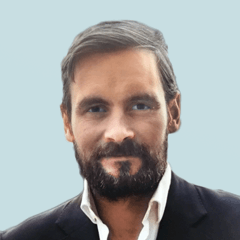