A lawyer by profession, Hon. Owen Bonnici is the Minister responsible for Justice, Culture and Local Government.

Dr Bonnici was appointed Parliamentary Secretary for Justice on 13.3.13 and on 2.4.14 was promoted to Minister for Justice, Culture and Local Government. He is a Teaching Associate in the Faculty of Laws of the University of Malta 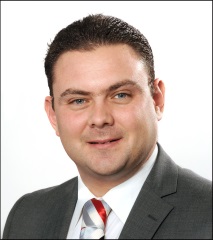