Dr. Parag Khanna is a leading global strategy advisor, world traveler, and best-selling author. He is Founder and Managing Partner of FutureMap, a data and scenario-based strategic advisory firm. Khanna's book The Future is Asian: Commerce, Conflict & Culture in the 21st Century was published in 2019 and his newest book Move – Humanity’s New Geography is soon to be released. In 2008, he was named one of Esquire’s “75 Most Influential People of the 21st Century,” and featured in WIRED magazine’s “Smart List.” He holds a PhD from the London School of Economics and is a Young Global Leader of the World Economic Forum. 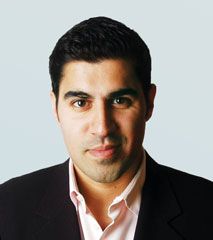