Philippe Douste-Blazy is a United Nations official and former French center-right politician. He has been Under-Secretary-General, Special Adviser on Innovative Financing for Development in the United Nations since 2008 and Chairman of UNITAID since 2007. He previously served as French Minister for Health, Minister of Culture, and as Foreign Minister in the cabinet of Dominique de Villepin. He was mayor of Lourdes and mayor of Toulouse. He was originally a member of the Center of Social Democrats (CDS) and later joined the Union for Popular Movement (UMP). 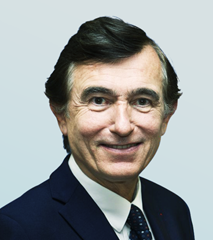