In addition to his position as Chairman of the Citizenship by Investment Board of St. Lucia, Ryan Devaux is the Chief Executive Officer of Bank of St. Lucia International Limited. Mr. Devaux has led the development and expansion efforts of the bank from its infancy in 2005 and developed an active client base in Asia, Europe, Caribbean and South America, including offices in Uruguay and Panama. He previously worked with the global firm of Ernst & Young where his client base included offshore and domestic banks, venture capital funds, mutual funds, hedge funds and insurance companies among others. Mr. Devaux obtained his Bachelor of Commerce from Queens University in Kingston, Ontario, Canada and his Chartered Accountant designation from the Canadian Institute of Chartered Accountants. 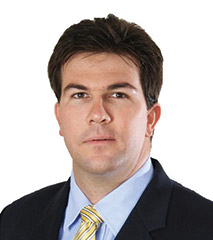