Dean Aleinikoff served as General Counsel and Executive Associate Commissioner for Programs at the Immigration and Naturalization Service for several years during the Clinton Administration.

From 1997 to 2004 he was a Senior Associate at the Migration Policy Institute, and a member of MPI’s Board of Trustees from 2004 to 2010.  In 2008 he was co-chair of the Immigration Taskforce for President Obama transition.  In 2001-2002, Mr. Aleinikoff served as a consultant to UNHCR, working on the Global Consultations on Refugee Protection.

A graduate of Swarthmore College and the Yale Law School, Mr. Aleinikoff is an expert in refugee, immigration and citizenship law.  He is the author of numerous books and articles on these subjects. 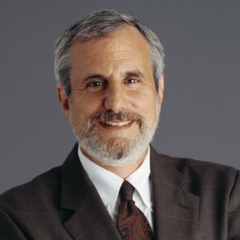