The Hon. Mark Brantley became the Premier of Nevis in December 2017, after having served as the Minister of Foreign Affairs and Aviation in the new Unity government of St. Kitts and Nevis since 2015. In 2013, he was named Deputy Premier and Minister for Tourism, Health, Gender, Social Affairs, Social Development, Youth, Sports, Culture, Community Development, and Information for Nevis. He holds membership in several international professional associations, such as the Commercial Bar Association and the Society of Trust and Estate Practitioners. 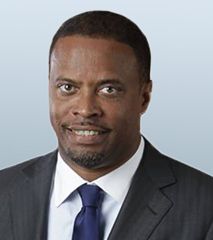