Thom Brooks is an award-winning American-British author, columnist, and senior policy advisor for the Labour Party. He is the Dean of Durham Law School, Professor of Law and Government at Durham University, and one of the UK's leading experts on British citizenship and immigration law and policy, with his work frequently discussed in Parliament. Brooks writes columns on immigration topics for the Daily Telegraph, The Independent, New Statesman, The Times, LabourList, and others with frequent media appearances on major television channels, radio, and newspapers. 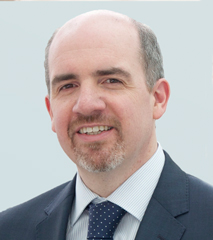