Compensatory Citizenship: Dual Citizenship as a Response to Global Inequality

Citizenship is the key status that determines one’s position within a hierarchical global system. Those who are born with the ‘right’ citizenship — say, Swedish or Canadian — gain access to a formidable package of opportunities, rights, and security that is nearly unimaginable to persons born with Somali or Syrian citizenship. Only about 15% of the world’s population holds citizenship from Australia, Canada, Japan, South Korea, an EU country, or the USA. Relative to the remaining 85% of humanity, they constitute a global elite in terms of citizenship rights. The gaps between the highly developed, mostly Western countries and (almost all) of ‘the Rest’ are vast: the economist Branko Milanovic has calculated that the 5% of Americans with the lowest incomes still have an average income that is higher than 60% of the world’s population (they are in the 60th percentile of the global income distribution). Meanwhile, the earnings of the lowest-income Danes place them in the 90th percentile of the global distribution of incomes. 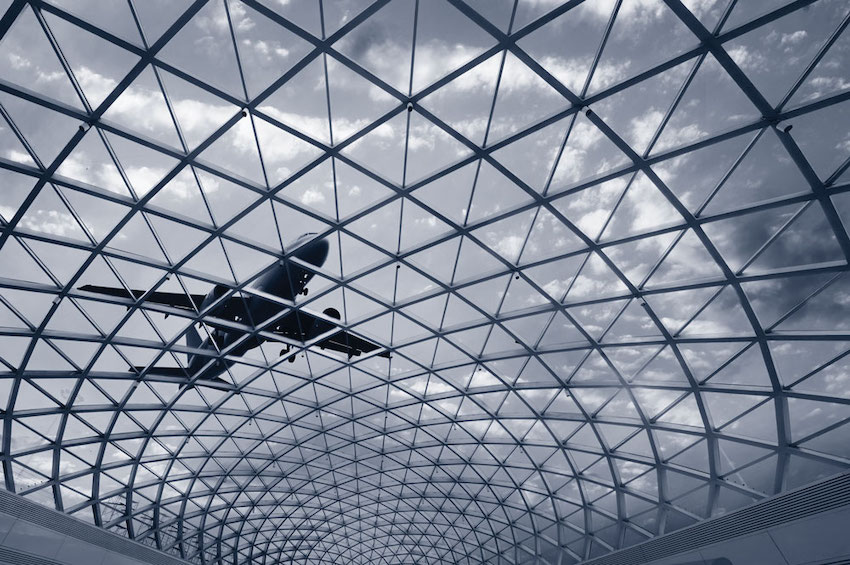 The elite status of Western or EU citizenship becomes even more striking when we take into consideration its extraterritorial value — that is, the recognition that a passport receives in countries other than the country that issued it. For example, Spanish citizenship offers a package that (through EU citizenship) also includes the unrestricted right to reside and work in Germany or Sweden and visa-free or visa-on-arrival access to the USA and Canada. Travel freedom has become particularly valuable in today’s globalized world, where the ability to cross international borders plays a key role in determining individuals’ economic opportunities, consumption habits, and social status — sometimes even their personal safety.

We can view citizenship, then, as a sorting system that allocates individuals into different — and starkly unequal — slots within a global matrix of states and citizens. For most of the 20th century, this sorting system did not tolerate overlaps: countries demanded exclusive allegiance from their citizens and typically did not permit multiple citizenship. In 1990, only about a quarter of the countries in Europe and the Americas permitted dual nationality. Soon thereafter, legal norms began to change rapidly. Numerous factors, including a boost in international migration and the end of the Cold War, have combined to make dual citizenship legally and normatively acceptable. By 2016, more than 80% of European and American countries permitted it. Today, the acceptance of multiple citizenship has become the norm among developed countries. The few countries that resist this trend — for example, Austria and Japan — are now the exception.

The acceptance of dual citizenship might appear at first as a minor, technical change, one that would have consequences only for specific categories of individuals (such as immigrants and the children of parents of different nationalities). In fact, however, waiving the traditional requirement for exclusivity has the potential to change the basic ways in which states and individuals approach national membership. As citizenship becomes more flexible, many states now extend citizenship to populations that live outside their territories but are nonetheless desirable for other reasons — because of their ancestry or ethnicity, or even their value as potential entrepreneurs and investors.

From the point of view of individuals, the change is even more dramatic. In the ‘traditional’ system of exclusive national membership, citizenship operated as a strict, rigid status: once assigned (usually at birth), it could be changed only with great difficulty. Acquiring a second citizenship meant giving up the original one. All this changes once it is possible to hold more than one citizenship. Citizenship is now flexible and fungible. In sociological terms, citizenship is changing from being an ‘ascribed status’ — meaning a characteristic that is fixed and imposed from the outside — to an ‘achieved status’, meaning that it can be changed through individual striving. Persons around the world can strategize their citizenship status and seek the national affiliation that they think will provide them with the greatest benefits for the smallest investment. While only a very small percentage of humanity has actually done this, the fact that such strategies are now possible leads to changes in the value and meaning of citizenship. Citizenship is being drawn into the capitalist market and is coming to be perceived as a piece of private property — even a commodity.

Compensatory citizenship is found in countries that are in the middle of the global distribution of citizenship value and that host populations with a history of ancestral, ethnic, or migration ties with European and North American countries. This applies first and foremost to two regions: Latin America and Eastern Europe. When Italy and Spain offered dual citizenship to the descendants of emigrants, almost one million Argentinians and Brazilians applied for a second passport. In Eastern Europe, citizens of non- EU countries rush to secure co-ethnic citizenship from the countries that have joined the Union. Thus, hundreds of thousands of Moldovans, Serbians, and Ukrainians have secured citizenship from countries such as Hungary and Romania. In contrast, eligible individuals in Western Europe and the USA showed very little interest in converting their roots into a second citizenship. This demonstrates that the main force driving the demand for ancestry-based European citizenship is global inequality: more specifically, the wish to secure compensatory citizenship and the practical advantages that come with it.

As millions of European descendants convert their ancestry into privileged access to the EU, individuals who do not have such ancestry are coming up with other methods to secure compensatory dual citizenship. One strategy is ‘birth tourism’: traveling to the USA and giving birth there with the aim of providing the newborn with automatic birthright citizenship. Given the expenditure involved in birth tourism — starting from USD 7,000 and ranging up to USD 25,000 or more — it is mostly practiced by wealthy families coming from a range of nationalities, for example, Chinese, Mexican, Nigerian, and Turkish. One other strategy of compensatory citizenship is strategic naturalization: naturalizing in a country with a liberal citizenship regime (for example, Spain, which allows Latin American immigrants to naturalize after a relatively short period) and then — once citizenship is secured — returning to one’s country of origin.

These developments lead to changes in the ways in which people around the world understand and experience citizenship. I have conducted research on three study cases of compensatory citizenship: namely, in Israel, Mexico, and Serbia. I will briefly present the Israeli and Mexican cases. The Israelis I studied were second- or third-generation immigrants who drew on their ancestry to obtain EU citizenship (most commonly, citizenship of Germany, Poland, and Romania); the Mexicans belonged to middle- and upper-class families that practiced birth tourism in the USA. Despite the geographical, cultural, and historical differences between the two settings, I found striking commonalities in the ways in which people related to citizenship.

Today, such discourses still exist in both countries, but only at the margins. Dual citizenship is seen as widely legitimate, even if the partner nation is a historical rival or victimizer, and dual citizens face little everyday censure.

As for citizenship applicants themselves, they typically employed terms associated with property and economic interests when discussing citizenship. Mexican parents spoke of strategic birth as a long-term investment in their children’s future. They calculated its costs against the expected benefits — above all, in terms of security, opportunities, and global mobility — while also considering associated additional costs (such as taxation). In Israel, the decision to apply for dual citizenship was often explained as a quest for restitution. Applicants commonly described German or Polish citizenship as an asset that was stripped away unlawfully from their immigrant parents or grandparents. Acquiring EU citizenship through these countries offered a degree of restitution for the lives and property that their families lost in the Holocaust. As in Mexico, the second citizenship was envisioned as useful only for the younger generation — for whom it would supposedly provide ‘opportunities in Europe’ (not in the specific origin country) and even make them ‘citizens of the world’.

This final point helps explain the lowered public resistance to dual citizenship in Israel, Mexico, and elsewhere. Along with its ‘marketization’ and commodification, citizenship is also becoming denationalized, meaning that it is coming to be associated less with a specific nation and more with economic benefits and standing within a global society. 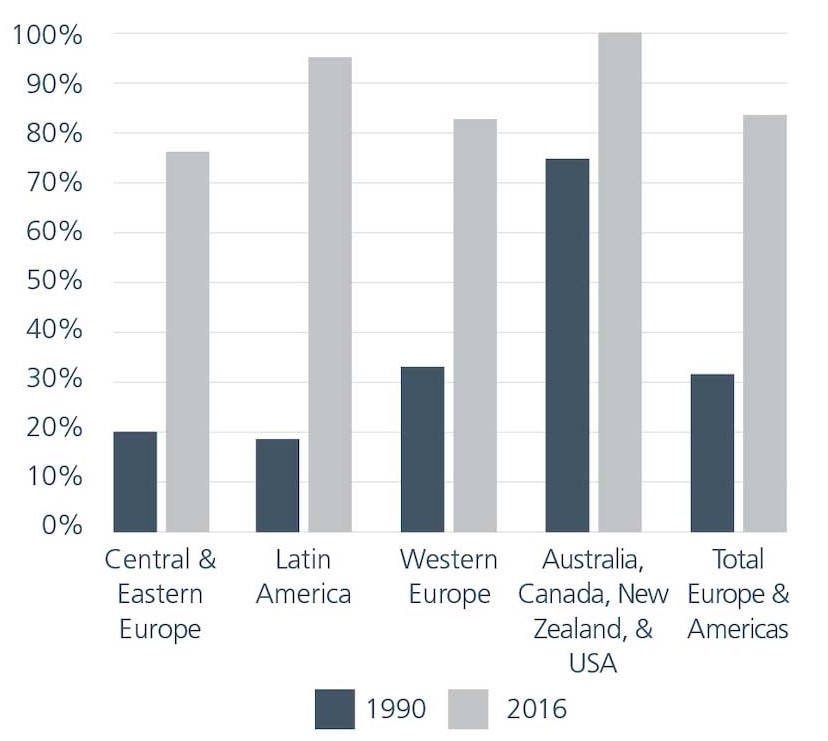