The IMD World Competitiveness Ranking, published by the IMD World Competitiveness Center, measures how well countries manage their overall resources to enhance their creation of long-term value. The ranking covers 63 countries and considers more than 300 criteria, of which two thirds are statistical indicators and one third is survey data from the responses of more than 6,000 international executives.

This article traces the impact of two drivers of competitiveness: country image, and the quality of life a nation offers. In addition, it delineates the relationship between competitiveness, talent development or acquisition, and the existence of residence programs.

The competitiveness ranking includes a criterion related to the reputation of countries. This criterion evaluates how a country is viewed abroad by asking executives to evaluate if the government of the country in which they reside encourages business development or not. The evaluation of a country’s image may reflect the impact of factors such as perceptions about business regulation, the country’s adherence to the rules of international trade, and the existence of barriers to investment by foreign nationals (such as the regulation of capital markets).

The ranking also measures quality of life by encouraging executives to reflect on whether they consider their country’s quality of life to be high or low. Factors that may influence this criterion include the individual’s ability to meet their ‘material’ expectations (for example, access to specific goods and services), their life satisfaction (for example, ability to enjoy family time), and absence of threats (for example, effective government policies against crime and for the protection of individual rights).

The IMD World Competitiveness Center also publishes the yearly IMD World Talent Ranking. Talent is the set of skills and competencies necessary to successfully perform specific activities. The talent ranking assesses the extent to which countries develop, attract, and retain talent in order to sustain the talent pool available for enterprises operating in their economies.

Table 1 below shows the overall 2020 IMD World Competitiveness Ranking, the two survey rankings based on the image abroad and quality-of-life criteria, another survey-based ranking assessing the availability of senior managers with international experience, and the overall 2019 IMD World Talent Ranking. Please note that Table 1 includes only countries that are common to the IMD World Competitiveness and IMD World Talent rankings and the Global Residence Program Index. 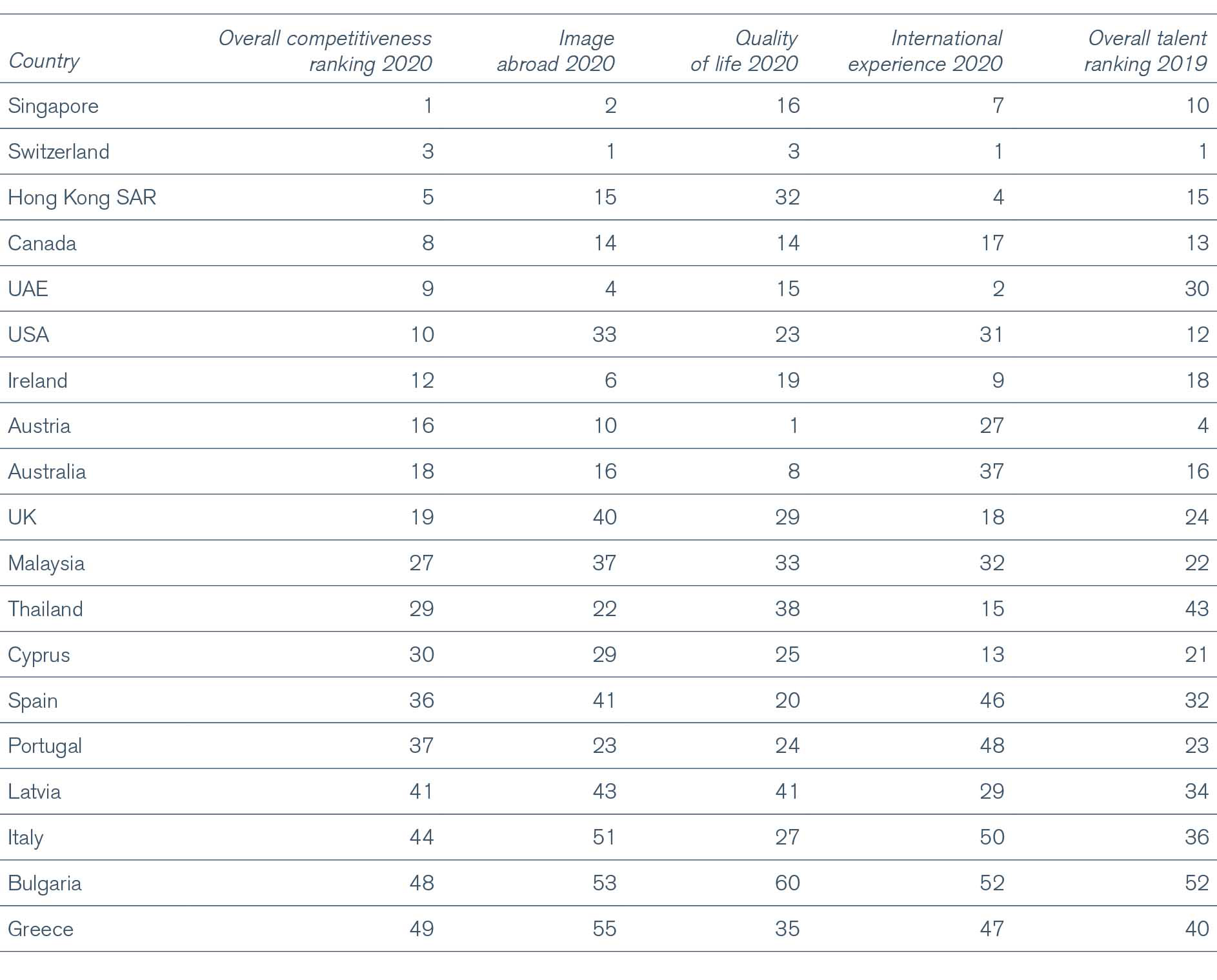 Overall, there is a strong correlation between a country’s competitiveness ranking and its international image as a place to do business. The sample presented includes 10 of the top 20 countries from the overall competitiveness ranking. Of those 10, eight also make it into the top 20 for having an image abroad that encourages business development, according to executives in each of these countries. Some executives, however, are far gloomier about their countries’ images, which leads to some incongruities between the competitiveness ranking and a country’s image. For example, the USA ranks 10th in overall competitiveness but reaches only the 33rd position for image abroad. Similarly, the UK ranks 19th and 40th, respectively. The low rankings of the USA and the UK in image abroad capture the current ‘inward-looking’ foreign policy in both countries.

The parallels between the overall IMD World Talent Ranking and the GRPI are also interesting. Australia, Austria, Canada, Ireland, Portugal, Switzerland, the UK, and the USA rank in the top half of both rankings. However, Singapore, Hong Kong, Cyprus, Malaysia, the UAE, and Spain rank in the top half in talent (10th, 15th, 21st, 22nd, 30th, and 32nd, respectively) but remain in the bottom half of the GRPI. 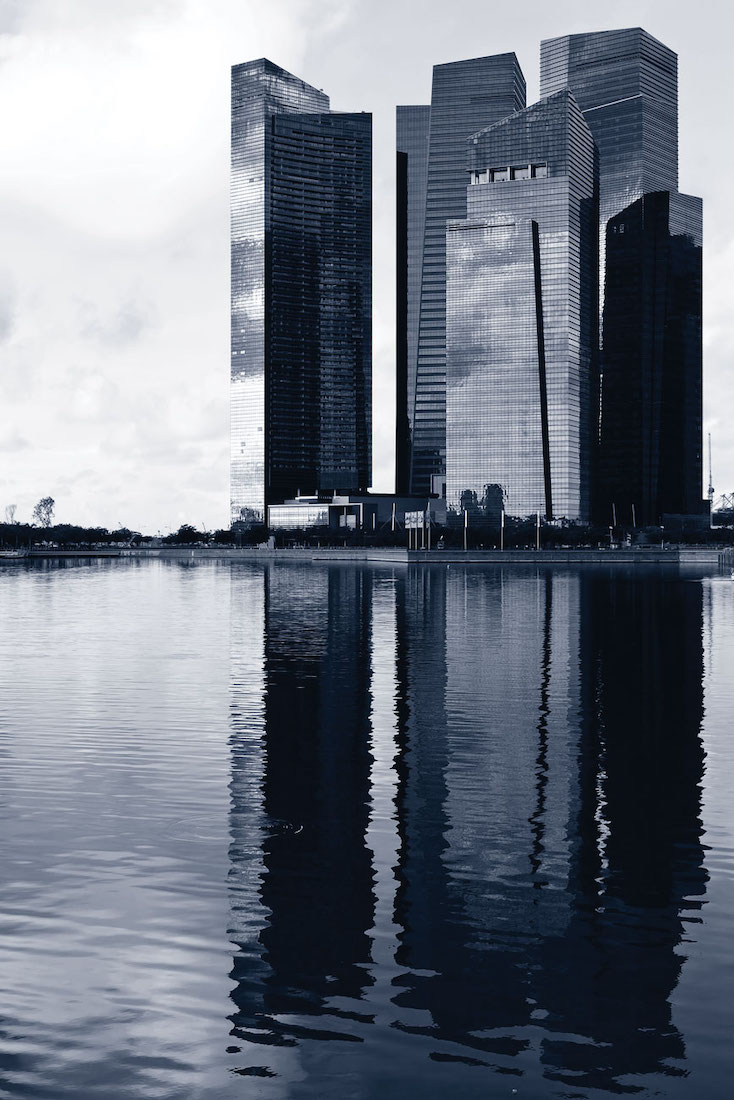 A lack of alignment does not lessen the importance of the dynamics: recent research highlights the positive impact of the internationalization of domestic workforces through exposure to global knowledge, broader experience, and understanding of a wider set of best practices provided by the inflow of foreign personnel. Evidence suggests that there are links between such exposure and the drivers of business leadership capabilities and competencies. Residence- and citizenship-by-investment programs thus contribute to the development of local talent by improving the quality of business leadership available. Table 1 shows that most countries in the top half of the ranking that assesses the availability of senior managers with significant international experience (namely the international experience column) also rank in the top half of the overall talent ranking and the top half of the GRPI.