The Emergence of a New Class of Super-Rich

The Centi-Millionaire Report is the first global study of ultra-high-net-worth individuals who boast USD 100 million in investable assets. The first of its kind worldwide and featuring exclusive data and insights from global wealth intelligence firm New World Wealth and leading commentators, The Centi-Millionaire Report pulls back the curtain on the super-rich’s lives and livelihoods, which destinations they call home, their spending habits, and their wealth management strategies.

Although some of the world’s billionaires such as Elon Musk, Mark Zuckerberg, Jeff Bezos, Roman Abramovich, and Bill Gates dominate the news headlines, their wealth cohort is outnumbered nearly 10-to-1 by a fast-growing global group of highly influential ultra-high-net-worth movers and shakers who possess USD 100 million or more in investable assets. With only 25,490 centi-millionaires across the globe, this new class of ultra-wealthy is a highly elite league, and their numbers have more than doubled over the past 20 years.

Who are the centi-millionaires, and how did they make their money?

From super-rich financiers to multinational CEOs, to baby boomers selling off their enterprises, to heirs who inherited their wealth, to tech-titan millennials and Gen Zs, there appears to be no set path to attaining centi-millionaire status.

As Misha Glenny, financial journalist, author, and contributor to the report, points out, despite white males over the age of 55 from the USA and Europe unsurprisingly making up the majority of the cohort, the gender balance is changing fast.

Where are the world’s centi-millionaires located?

The USA is home to an astonishing 38% (9,730) of global centi-millionaires, despite constituting only 4% of the world’s total human population.

The big emerging markets of China (2,021) and India (1,132) rank significantly higher than the main European markets by the number of centi-millionaires living in the country, with the UK in 4th place, followed very closely by Germany in 5th place.

The concentration of wealth is likely to move East though. At around 57%, the growth of centi-millionaires in Asia will be twice that of Europe and the USA over the next 10-year period.

How do centi-millionaires spend and manage their money?

In addition to their geographic movements and wealth flow patterns, centi-millionaire habits and interests are diversifying as well. They tend to divert a portion of their millions toward the expected pursuits — travel, luxury goods such as a USD 1 million Patek Philippe watch, fine art (with the market valued at over USD 85 billion), golf, and classic cars such as a 1960s Ferrari 250 GTO valued at USD 40 million.

However, seven of the 10 most common pursuits for centi-millionaires involve outdoor recreation such as mountain biking and the increasingly popular fly-fishing. They are also spending more on sustainable purchases and eco-friendly investments.

The report features the 10 most exclusive schools where centi-millionaires send their children, from The American School in Switzerland with school fees at USD 92,800 to Institut auf dem Rosenberg, with fees at USD 142,340. Centi-millionaires are also reinventing philanthropy and changing their relationship to wealth by looking for new ways to align their capital with their personal beliefs and worldviews through impact investing.

While many centi-millionaires have their own private jets and super-yachts, their assets and finances are normally managed by private family offices and international tax planning experts.

What are the booming markets for centi-millionaires?

The fastest growing market for centi-millionaires over the next decade is forecast to be Vietnam, with an astonishing 95% growth rate predicted. India is next in line with an anticipated 80% growth rate in individuals worth over USD 100 million by 2032. Mauritius has recently emerged as a hot spot for migrating centi-millionaires, with growth of 75% predicted for this safe, business-friendly African island nation. New Zealand (72%) and Australia (60%) are also forecast to enjoy exceptional growth.

Centi-millionaires are the new global citizens — and multinational living is now key to their wealth management strategies. 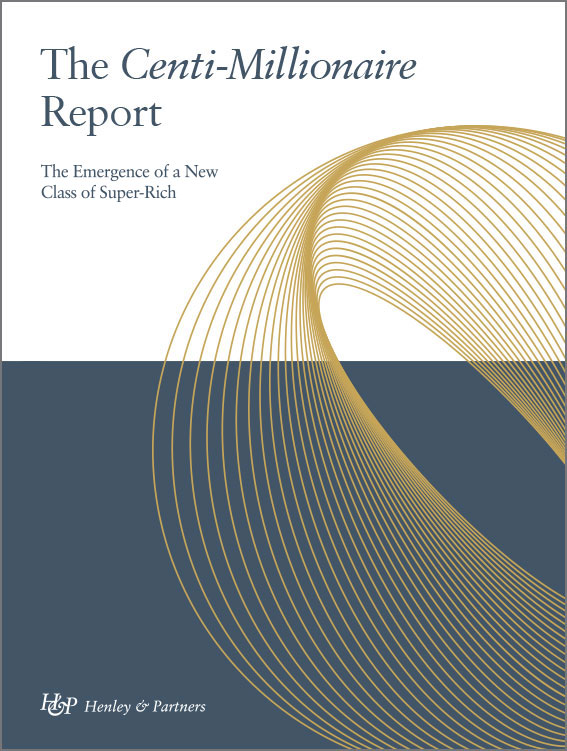