Global Prime Residential Markets – the Return of the City 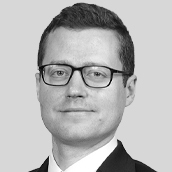 The rise in remote working has allowed workers to leave cities in search of more space, but the death of the city that some had predicted, has proved to be unfounded. The prime residential markets of world cities have returned to growth, while the pandemic has thrown light on the need for cities to evolve and improve their livability.

Real estate is the world’s most significant store of wealth. The total value of all the world’s real estate stands at USD 327 trillion, a record high. To put that into context, the value of all gold ever mined pales by comparison at USD 12.1 trillion — just 4% of the value of global property. In uncertain times, the growth of real estate has been driven by residential, which is by far the largest property sector, accounting for 79% of all global real estate value.

Against the backdrop of the deepest recession seen in modern times, growth has been supported by extensive economic assistance coupled with government support for jobs. This meant that for many people in certain countries, employment remained secure. Record low interest rates in most developed economies ensured mortgages were cheap. Residential markets defied the economic environment and strong demand was seen across the globe as people have refocused their attention on their homes.

What people were looking for changed too, with an initial push to the suburbs and countryside last year. That search for space continues, but as society started to open up, cities bounced back with a concurrent rise in property demand in urban areas. Last year, world city residential markets recorded their strongest growth since 2016. Prime rental markets of world cities were a little slower to come back. Historically driven by professional moves, in particular corporate relocations, travel restrictions hit demand. But here too, we’ve now seen a return to growth as border restrictions have gradually been lifted.

The pandemic has brought about changes in the way people live and work, altering what buyers deem important in their homes. Last year, Savills World Research surveyed buyers across the Savills network seeking property in France, Italy, Portugal, and Spain, providing an insight into residential buyer motivations and desires.

Proximity to amenities, high-speed internet access, and a good view ranked as the top three factors for prospective homebuyers. Outdoor space matters too, with those buying in urban environments placing high importance on balconies or patios, while those purchasing in rural settings prioritized larger gardens.

With the Covid-19 pandemic forcing many people to work from home, over a quarter (27%) of respondents stated that increased home working had influenced their purchasing decisions in some way. Just under three-quarters (74%) expect to work from home at least one day a week, up from only half prior to the pandemic. Hybrid working looks set to stay in some form and is likely to shape the nature of demand in years to come.

Cities back in demand

Amid a wider reassessment of home–life balance, smaller cities in particular have benefited from renewed demand. A more compact urban footprint makes it easier to nip into the office when needed, usually balanced with cheaper and larger living accommodation. The most successful cities are those driven by fast-growing knowledge industries, including Austin, Boston, and Seattle in the USA, Barcelona, Cambridge, Eindhoven, and Oxford in Europe, as well as Cape Town, Melbourne, and Tel Aviv. The Savills Tech Cities and Science Cities programs highlight the leaders in these fields.

But don’t write off bigger cities – they’re evolving, and demand is changing. Urban areas account for 80% of global GDP, forecast to rise to 90% by 2030, according to Oxford Economics. They are especially important to people’s formative years for study and work, building connections that can enhance social lives and accelerate careers long term.

Take Paris, for example. The French capital is very conscious of the need to adapt and evolve in light of changing living and working habits. As the birthplace of the ‘15-minute city’ concept (cities where residents can access their daily necessities by foot or by bike within 15 minutes) it is embracing more integrated neighborhoods, as well as greener, less vehicle-dependent urban areas. Some major roads have been shut off to traffic entirely, and there are plans to transform the Champs-Élysées into a multi-use green space to better accommodate traffic and pedestrians. Such plans will ensure central Paris retains its appeal as a place to live.

Looking ahead, 2022 is expected to be another year of strong performance for prime residential property in world cities. Many of the factors which helped drive the prime residential market in 2021 are expected to continue into 2022, including low stock levels in some locations, the desire for more space, and a general emphasis on the home enabled by long-term hybrid working. Interest rates, while rising in many countries, still remain low by historic standards.

City prospects are diverging, however, with those that rely on international demand in particular finding their prime residential outlook tied closely to the openness of their borders and their management of the ongoing pandemic.

A general focus on wellbeing will mean that cities that offer the most livable urban environments and the lowest pollution levels are likely to outperform in the longer term, while meeting the broader challenges associated with climate change. Those that don’t will need to address these issues to remain competitive on a global stage.