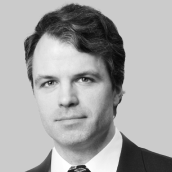 The election of Joseph Biden allows many proponents of immigration to breathe a collective sigh of relief. But global migration will not restore itself immediately, and much uncertainty persists over the future of immigration to the Americas as well as within the region.

As I discuss in The Gift of Global Talent, the US owes much of its economic strength to immigrants. America has historically enjoyed a significant advantage from global talent flow — for example, receiving 57% of inventors moving globally during 2000–2010. Immigrants run Fortune 500 companies and provide a quarter of patents and new start-up companies. The proportion of immigrants has grown from being about 5% of the US population in the 1970s to nearly 15% today, enlarging the young talent pool during a time of population aging. Yet, the Trump administration worked to restrict immigration to America on all fronts.

...Biden’s campaign platform was far from a case for open borders.

Biden can immediately start to unwind restrictive immigration policies instituted by Trump through executive action, and he has declared his intention to do so around enforcement and asylum seekers. He has been less clear on skilled immigration. While he has proposed increasing the cap on H-1B visas and creating new types of immigrant visas, these reforms hinge on Democratic control of Congress. Immigration policy will instead revolve around regulatory action. Biden will likely ease some policies, such as the ban on admitting new green card or H-1B holders during the pandemic. However, Biden’s campaign platform was far from a case for open borders. He endorsed some protective policies such as limiting visas during recessions and protecting American workers’ wages.

The trend towards easier mobility is also unclear in the rest of the Americas. Canada discusses expanding immigration further, and South America’s highly developed regional integration processes, like the MERCOSUR Residence Agreement, have withstood even the Covid-19 pandemic. Some countries have eased residency rules, as Colombia and Peru did for Venezuelans as recently as October 2020. Yet restrictive approaches show signs of gaining momentum across the region as countries debate changes to the long-term status of migrants.

Whatever specific positions ultimately emerge in the US, Biden wants to rebuild the trust and confidence of global talent in America, which is essential. US immigration has never been ‘user friendly’, but America enjoyed the gift of global talent due to the appeal of the country. Trump badly damaged that confidence, and would-be immigrants are now keenly aware of how quickly the US can become unwelcoming. Biden’s support will be a refreshing change, but many politicians remain skeptical of immigration. As long as America’s political leaders remain incapable of reaching compromise on immigration, uncertainty will persist to the detriment of the country and region.

Acosta, Diego, and Brumat, Leiza. “Political and Legal Responses to Human Mobility in South America in the Context of the Covid-19 Crisis. More Fuel for the Fire?” Frontiers in Human Dynamics. November 20, 2020.