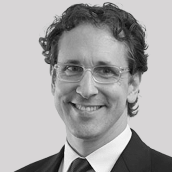 As effective vaccination program rollouts progress in earnest in certain countries around the world, cross-border travel now seems a beckoning reality — for some. There is a welcome flicker of optimism after a year that saw the vast majority of people unable to travel beyond the borders of their own countries. The resumption of regular international travel now appears to be more than an abstract hope for a distant future, and the passport strength conveyed by the Henley Passport Index looks set to become a reality once again.

Moving into the second quarter of 2021, the latest results from the index can give us critical insight into the future of travel freedom as countries around the world selectively begin to open their borders to international visitors. More than that, with economic recovery and development so dependent on global mobility, the ranking provides an invaluable perspective on what a post-pandemic world might look like.

Asia dominates, with Japan at an all-time high

Without taking temporary and constantly evolving Covid-19 travel restrictions into account, Japan firmly holds onto the number one spot on the index, with Japanese passport holders theoretically able to access 193 destinations around the world visa-free — this, paradoxically, a record high in terms of passport freedom.

Singapore remains in 2nd place, with a visa-free/visa-on-arrival score of 192, while Germany and South Korea again share joint-3rd place, each with access to 191 destinations. As has been the case for most of the index’s 16-year history, the majority of the remaining top 10 spots are held by EU countries. While the passport strength of member states of the European trading bloc has remained steadily high over the years, the UK and the US have had a different trajectory. Despite being economic powerhouses, the passport power of the two countries has eroded steadily since 2014 when they shared the top spot on the index — in 2021 they share joint-7th place, with a visa-free/visa-on-arrival score of 187.

With extensive travel restrictions still in place globally, any level of international travel freedom remains theoretical for most, particularly with the struggle to contain multiple virus variants. Japan’s 1st-place ranking — a position which effectively means its citizens are the most welcomed in the world — seems somewhat ironic given that the country recently made the difficult decision to bar overseas visitors from the rescheduled Olympic and Paralympic Games Tokyo 2020, which is now planned to commence in July 2021.

Ukraine is the biggest climber in 2021

Temporary pandemic-related visa restrictions have naturally taken precedence over long-term policy agreements between states over the last few months, which means there has been little recent movement on the Henley Passport Index. However, some countries have continued to forge ahead with visa waivers that will improve their citizens’ passport power in a post-pandemic world, resulting in some interesting shifts.

Ukraine, in particular, has made extraordinary progress in this respect since the beginning of the year, climbing up five places in the index’s rankings (from 40th place to 35th place) and improving its visa-free/visa-on-arrival score from 130 to 136, with its citizens gaining access to a number of Caribbean destinations. Taking a step back, analysis of historical data from the Henley Passport Index shows that over the past 10 years, the post-Soviet country has climbed a remarkable 28 places in the rankings. Colombia and Timor-Leste have also made very strong gains over the past decade, moving up 36 and 32 spots, respectively.

UAE is the past decade’s top performer

In terms of securing expanding visa-free access for its citizens, no country comes close to the UAE. Thanks to the Emirates’ ongoing efforts to strengthen diplomatic ties with countries across the globe, the Gulf state has ascended by a record-breaking 50 spots in the rankings over the past 10 years and now sits in 15th place, with a visa-free/visa-on-arrival score of 174.

The latest analysis of historical data also shows that China is now one of the biggest climbers over the past decade, moving from 90th position with a score of just 40 to 68th position with a score of 77 — a turnaround that experts note mirrors the country’s increasing openness and confidence. However, as former US Ambassador to the Asian Development Bank, Curtis S. Chin, points out in this report in his analysis of mobility trends in Asia Pacific, de facto visa bans and stringent testing requirements have temporarily curtailed China’s openness, as the country continues to fight the virus aggressively.

The height of inequality in global mobility mirrors vaccine disparity

Temporary restrictions aside, the commencement of mass vaccination programs in certain wealthy and advanced economies such as the EU, the UAE, the UK, and the US, means that global mobility will soon be a possibility again for some, as will economic recovery for their countries. However, for citizens of developing and emerging economies, where vaccine rollouts are much slower, and where passports tend to offer far less travel freedom in general — the future looks decidedly less rosy. For instance, Afghanistan — where vaccines have been administered to 0.1% of the population — sits at the very bottom of the index, with its citizens only able to access a mere 26 destinations without acquiring a visa in advance. The latest results indicate that the gap in travel freedom is now at its largest since the index began in 2006, with Japanese passport holders able to access 167 more destinations than citizens of Afghanistan.

Iraq, which sits in the penultimate place on the index, with a score of just 28, and which has managed a similarly low rate of vaccine administration so far, has recently begun to relax its highly restrictive visa policies. In the hopes of stimulating tourism, encouraging investment, and creating employment, the country recently announced that citizens of over 35 states, including the UK and the US, may obtain a 60-day visa-on-arrival, whereas previously no nationality was spared from a visa requirement. It remains to be seen, however, whether the recent waivers will be reciprocated in the near future. Similar asymmetries can be observed on the African continent. Despite increasing moves towards visa-openness, African countries continue to largely occupy the lower spots on the index’s rankings.

The events of the last year have shown us that even the most confident predictions and assumptions can be challenged and overturned. Looking ahead to the rest of 2021, it will be fascinating to observe the emergence of a shifting global order as countries, powerful and fragile alike, begin the uneven march towards a post-pandemic future.