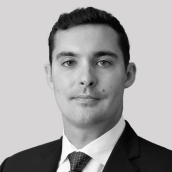 Pragmatic dialogue between key Middle Eastern stakeholders and a renewed focus on enhancing quality of life present reasons for optimism. However, global coronavirus-related concerns continue to weigh heavily on the region.

A desire for dialogue

New talks in April between major powers in the Middle East signaled a potential thaw in regional tensions. After years of simmering friction, the foreign ministers of Egypt and Turkey expressed a mutual desire for dialogue and stronger bilateral relations, during a phone call. Meanwhile, Saudi Arabian and Iranian officials reportedly held a diplomatic meeting in Iraq and appear likely to hold follow-up meetings over the coming months. Both sets of talks may help to contain a drastic escalation in regional conflict over the coming months.

A renewed focus on livability is at the forefront of economic development strategies in wealthier Middle Eastern countries. The Dubai 2040 Urban Master Plan “focuses on enhancing people’s happiness and quality of life and reinforcing Dubai as a global destination”, by increasing green spaces and the length of public beaches. Emirati officials are also pushing ahead with plans to improve the attractiveness of the country’s investment climate, including implementing new rules allowing for greater foreign ownership of onshore companies, which came into effect on 1 June 2021.

Saudi Arabia has announced plans to establish a second national airline as part of a National Transport and Logistics Strategy. The new airline will likely cater to the international tourists and businesspeople that the Saudi Crown Prince Mohammed bin Salman hopes to attract to the country as part of his Vision 2030. In late March, the crown prince rolled out ‘Green Initiatives’ for Saudi Arabia and the broader Middle East. Largely environmental in nature, the proposals include projects intended to improve livability, boost renewable energy capacity, and incorporate additional clean hydrocarbon technologies.

Global coronavirus-related concerns continue to weigh heavily upon the region. Despite one of the world’s fastest vaccination campaigns, infection rates in the UAE remain stubbornly high and the Delta strain of the coronavirus accounts for nearly one third of the country’s infections. The UK suggested that the UAE’s position on its red list for travel may be indefinite, citing the Middle Eastern country’s status as an international transit hub as the reason. The U.S. State Department also advised against travel to the country, owing to high coronavirus levels. The UAE must contend with the implications of global travel restrictions as Dubai prepares to host the delayed Expo 2020 in October.

Middle Eastern countries such as the UAE have sought to establish regional and international travel corridors, and regional transportation companies are experimenting with new health and safety measures. Dubai’s Emirates airline has been running trials of the International Air Transport Association’s Travel Pass app. At the same time, the UAE imposed restrictions on travelers from India, straining recruitment processes in a country that depends heavily on Indian labor. After the announcement, demand for private jet bookings between India and the UAE soared.

Other countries in the region, from Tunisia to Iraq, are grappling with new waves of coronavirus infections and struggling to contain deteriorating public health situations. Tunisian doctors warned that the country’s health system may collapse under the strain of a new surge in cases. In April, a massive fire tore through a Baghdad hospital used to treat coronavirus patients, killing 82 people and injuring approximately 110 more individuals. Iraq’s ailing healthcare system has struggled to recover from decades of conflict and sanctions.

There are growing concerns over the effectiveness of the vaccine made by Sinopharm Group Co., which has been used in countries like Bahrain that are witnessing renewed virus outbreaks. While governments in the Middle East did urge citizens and residents to take necessary precautions to prevent a spike in infections during the Eid Al-Fitr holiday celebrations that marked the end of Ramadan in May, trust in many regional governments remains low. The Eid Al-Adha holiday celebrations in mid-July will renew concerns surrounding highly infectious coronavirus variants.

Jordanian authorities announced in April that an alleged plot to destabilize the government had been detected and prevented. The key figure implicated in the plot, Prince Hamzah bin Hussein, who previously served as Jordan’s crown prince, publicly aired his grievances against the ruling regime and professed his innocence. Despite a highly orchestrated attempt to resolve the public rift, future tensions within Jordan’s royal family may resurface in a country long considered to be an island of stability in the Middle East. In late June, two defendants accused of conspiring to foment unrest pleaded not guilty during a secretive trial that appears designed to prevent leaks of sensitive information about the royal rift.

“His Royal Highness the Crown Prince Launches the National Transport and Logistics Strategy, One of the Vision 2030 Pillars.” Saudi Press Agency. June 30, 2021.