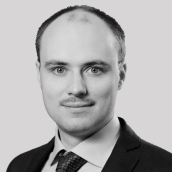 As the Covid-19 situation remains difficult in the region, with travel restrictions not yet eased, increased geopolitical instability poses growing challenges to the recovery of mobility.

The forced diversion of a Ryanair plane by Belarusian authorities to its capital of Minsk in May to arrest opposition activists sparked international condemnation and has had far-reaching consequences for air travel in the region. Since 2014, an absence of direct air connections between Russia and Ukraine has transformed Minsk National Airport into a major transit hub for regional travel and an important channel of mobility to Russia. In 2019, Minsk received over 5 million passengers, slightly less than half of whom were in transit.

The EU and Ukraine’s consequent banning of the use of the Belarusian airspace, and of the national air carrier Belavia, are a major blow to regional mobility — with Belarus losing air connections with 20 countries in Europe, including Ukraine and Moldova. As the Russian land borders remain closed, the new restrictions will complicate the return of migrant workers from across the post-soviet region to the Russian labor market.

Geopolitical turbulence poses a major challenge to restoring mobility in the Covid era. The Russian military build-up on the Ukrainian border, the Kyrgyz–Tajik border conflict, and new border tensions between Armenia and Azerbaijan during the spring have once again underlined the fragility of the regional security order and its wide cross-sectoral impact.

The tensions brought the ‘visa conflict’ between the USA and Russia to a new level. In May, a new order from Moscow forbade Russian citizens from working in the embassies of ‘unfriendly countries’, a list of just two — Czech Republic and the USA — which critically affected the work of the American embassy in Russia. A mid-June summit in Geneva saw presidents Vladimir Putin and Joe Biden agreeing to reinstate their ambassadors in a constructive move. However, US non-emergency consular services remain suspended until 1 August, which effectively prevents Russians from obtaining visas for the USA.

Russia’s show of solidarity with Belarus has also threatened air travel between Russia and the EU. The temporary blocking of Air France and Austrian Airlines flights from entering Russian airspace in circumvention of Belarus and a brief conflict with Lufthansa indicate the growing weaponization of air travel restrictions.

Lack of a strong Western response to rising instability in the region might provoke further escalations and lead to new mobility disruptions. The traditional quadrennial Russia–Belarus military exercise to be held in September — ‘Zapad-2021’ — could well become a new cause of turbulence this autumn.

April saw the Russian government approve a draft law, by which residence permits will be offered in exchange for investment. The law is currently awaiting adoption in parliament and is expected to come into effect in 2022. The draft bill proposes the offer of residence for the whole family, including several generations, in exchange for a minimum investment of RUB 30 million (approximately USD 418,000) in Russia’s economy or real estate sector. The new initiative primarily targets investors from the CIS countries but may also benefit businesspeople from China and conflict-ridden zones.

Ukraine has introduced vaccine passports, which will come into force in the second half of July and be recognized by the EU. While legally this will reopen mobility between Ukraine and the EU, in practice this measure will be of little effect owing to the poor progress of Ukraine’s vaccination campaign. By the end of June, only 1.5% of Ukrainians were fully vaccinated and 4.4% had received their first vaccine. Even at the record-high rate of around 97,000 thousand jabs per day in late June, Ukrainians will continue to face the threat of a new wave of the pandemic and restrictions on mobility until at least the end of the year.

This shortcoming makes the return of Ukraine’s migrant workers dependent on Western efforts — namely, the supply of vaccines by international donors and, particularly, the ability of German and Polish authorities to roll out the vaccination of incoming guest workers effectively.