Can Climate Migrants be Considered Refugees 70 Years On? 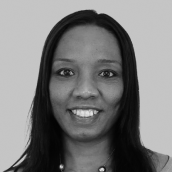 Lorraine Charles is Co-founder and Executive Director of Na'amal as well as a research associate for the Centre for Business Research and the Co-Lead of the Digital Skills and Digital Work project at the Centre for the Study of Global Human Movement at the University of Cambridge.

Alarmingly, it is estimated that by 2050, 1.2 billion people will be at risk of being displaced as a result of climate change. Defining ‘climate refugees’ is a complex issue that should be addressed as a matter of urgency. Moving forward, a new legal framework for protection is required that acknowledges and accommodates climate change, which is a significant contributor to human movement.

As early as 1990, the Intergovernmental Panel on Climate Change (IPCC) noted that the greatest single impact of climate change would be on human migration. The IPCC’s Sixth Assessment report, released in August 2021, was clear about the prognosis for the climate: “Human activity is changing the climate in unprecedented and sometimes irreversible ways.” What has been less explicit is the increasing impact of climate change on internal and cross-border migration. According to the UN, since 2010, weather emergencies have forced around 21.5 million people a year on average to be displaced. More than 98% of the 30.7 million new displacements in 2020 were the result of weather-related hazards such as storms and floods, mostly concentrated in East and South Asia and the Pacific.

In the years to come, climate change will cause increasing human displacement and deteriorating living conditions. Livelihoods are already threatened, particularly when agriculture and livestock are subject to uncharacteristic heat and drought or cold and flooding. Climate change will act as a threat multiplier, heightening existing tensions owing to both political and economic instability and adding to the potential for conflicts and hence displacement. An even more concerning picture is emerging for those who have already been displaced and are living as refugees. The United Nations High Commissioner for Refugees (UNHCR) estimates that approximately 90% of refugees are from countries that are the most vulnerable to, and least ready to adapt to, the impacts of climate change, exacerbating their vulnerability.

While the world’s attention has recently been focused on the hundreds of thousands attempting to flee Afghanistan as the Taliban returned to power, it is less known that the country is one of the most disaster-prone in the world, directly suffering from the impact of climate change. Population growth, recurring floods and droughts, food insecurity, and water scarcity are all compounded by the prevailing political uncertainty. The large number of displaced Afghans, including millions who were already living as refugees in Pakistan and Iran before the current crisis, now face far bleaker prospects of being able to return home.

Even more disturbing is that many of the countries that are most exposed to the impacts of climate change already host large numbers of refugees and internally displaced. For example, Bangladesh, exposed to increasingly frequent and intense cyclones and flooding and significantly susceptible to the effects of climate change, hosts more than 870,000 Rohingya refugees who fled violence in Myanmar. Further climate-induced disasters could cause not only a second displacement of the Rohingya refugees, but also displacement of the Bangladeshi population.

As the impact of climate change on populations becomes more severe, an increasing number of people will be forcibly displaced and in need of protection — so-called ‘climate refugees’. Yet the existing 1951 Convention on the Status of Refugees definition of refugees precludes individuals fleeing the effects of climate change, despite the involuntary nature of their flight. It defines a refugee as someone who has crossed an international border “owing to well-founded fear of being persecuted for reasons of race, religion, nationality, membership of a particular social group or political opinion”. Moreover, the term ‘climate refugee’ is not endorsed by UNHCR, which prefers the term ‘person displaced in the context of disasters and climate change’.

It is internationally recognized that the narrow legal definition of ‘refugee’ as per the 1951 Refugee Convention is becoming increasingly inadequate to protect the human rights of all displaced persons — particularly and as the impact of climate change becomes more catastrophic. With this in mind, the UN Human Rights Council is urging governments to incorporate the concept of human rights protection when planning and implementing climate change measures and to promote human rights-conscious planned relocation as a means of adapting to climate change.

The inadequacy of the established refugee framework to accommodate for the challenges posed by climate change is also recognized at a national level. In the US, leading up to the 2021 Climate Summit, Representative Joaquin Castro of Texas sent an open letter to President Biden that clearly stated the need to work with world leaders “to create international standards and legal pathways to address climate migration”.

While the current lack of an official definition of ‘climate refugees’ is problematic, it is important to remember that most flee owing to multiple issues — the impact of climate change is often compounded by political and/or economic instability. A new legal framework for protection is needed to accommodate the increasing number of people who flee due to the impact of climate change.