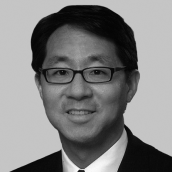 Curtis S. Chin is a former US Ambassador to the Asian Development Bank, the inaugural Asia Fellow of the Milken Institute, and managing director of advisory firm RiverPeak Group, LLC.

“See you in 2022!” could well be the hoped for, and hopeful, slogan of a shared Southeast Asia tourism campaign for a region that once routinely drew millions of travelers — especially at year’s end — from Europe and throughout the wintry northern hemisphere. This end of year, however, fear and uncertainty continue to keep beaches and hotels empty and shutter stores and nightlife. Covid-19 continues to take its deadly toll, and travel restrictions continue to limit mobility both to and within this dynamic region of the world now described as a “new virus epicenter ”. Still, hope endures as new re-opening efforts are explored. In one example, to revive its economy, Thailand recently announced attractive options to encourage affluent and talented foreigners to its shores.

The culprit in a region once known for its relative success in handling Covid-19 has been the spread of the more transmissible Delta variant of the coronavirus combined with relatively low vaccination rates across Southeast Asia’s largest nations by population. “The Delta variant is upending every model of success that’s emerged in the past 18 months, sending economies once ranked as among the best places to be during Covid tumbling ”, Bloomberg reported in the introduction to its August 2021 “Covid Resilience Ranking.”

This monthly snapshot of where the virus is being handled the most effectively with the least social and economic disruption ranks the world’s biggest 53 economies — including Southeast Asia’s largest economies, Indonesia, Malaysia, the Philippines, Singapore, Thailand, and Vietnam. Sadly, the story was not good for much of Southeast Asia, based on 12 data indicators that span Covid containment, the quality of healthcare, vaccination coverage, overall mortality, and progress towards restarting travel and easing border curbs.

The bottom five in the August ranking were all Southeast Asian economies, with Bloomberg describing the region as the new epicenter of the virus , with the world’s highest monthly death toll per capita. Thailand was ranked 49th , Vietnam 50th, Indonesia 51st, the Philippines 52nd, and Malaysia in last place at 53rd .

With border closures and strict quarantine measures still in place to address a resurgent coronavirus across much of the region, the year-end vacationers and digital nomads who once filled Southeast Asia’s hotels and travel, tourism, and hospitality coffers remain few and far between. Travel campaigns that once sought to draw visitors to “Malaysia: Truly Asia” or “Amazing Thailand” have given way to efforts to revitalize economies and support people whose lives and livelihoods have been upended by the spread of the Delta variant.

In contrast with Covid-19’s spread and growing travel restrictions, Malaysia saw only about 4.33 million tourist arrivals in 2020 , down 83.4%. And as the once-traditional year-end travel period approaches, Malaysia again, like neighboring Thailand, faces the need to balance health and economic concerns as multiple lockdowns continue to take their financial toll. By August, Malaysia’s reported levels of new cases per 100,000 were one of the highest in the world and the highest in Asia.

Malaysia’s central bank also slashed its 2021 growth outlook due to a surge in Covid-19 cases. Yet, plans are still in place to treat Covid-19 as an endemic disease, starting around the end of October, according to Malaysia’s International Trade and Industry Minister Mohamed Azmin Ali.

Thailand, like its southern neighbor, continues to seek to balance in addressing worsening economic and health challenges. The Delta variant’s spread has for the most part shut down this Southeast Asian nation’s world famous international tourism industry with devastating impact on local communities used to welcoming the globally mobile. By some estimates, travel and tourism contributed 21.9%  of the nation’s GDP in 2019 — the last full year of pre-pandemic visitors.

In a widely watched experiment dubbed the “‘No quarantine’ Phuket Sandbox ”, however, the Thai government has sought to re-open its tourism industry. Under the innovative pilot program, the resort island of Phuket was opened to vaccinated Thai and foreign travelers. While visitors do not need to quarantine — as they must when entering elsewhere in the nation — they must remain at least 14 days and be subject to regular Covid-19 testing before visiting other destinations in Thailand.

Travelers are also required to travel from countries and territories approved by Thailand’s Centre for COVID-19 Situation Administration , and must have been in the specified countries for no less than 21 days before their travel date — except Thai nationals and foreign expatriates returning from overseas. Among other requirements, they also must apply for a Certificate of Entry .

One outcome is that Phuket is one of very few island destinations in the world where international travelers can travel to without quarantine. So far, results have been mixed and well below an initial three-month goal of 100,000 visitors, due in part to rules reportedly described as “strict and inconsistent” by frustrated tourists.

In the first month of the ‘Phuket Sandbox’ program, more than 14,000 foreign tourists visited Phuket, generating USD 25 million in revenue, according to the Tourism Authority of Thailand. In July, the total number of international arrivals was 14,055, with the largest source market being the USA with 1,802 arrivals. The UK followed with 1,558 arrivals, Israel with 1,455 arrivals, Germany with 847 arrivals, and France with 839 arrivals.

While limited numbers of Covid-19 cases have been reported among some visitors, and significant concerns remain about hospital capacity on Phuket and elsewhere in Thailand, the Sandbox program has expanded, with fully vaccinated foreign tourists allowed to visit selected areas on other Thai islands. Bangkok may well be next as the Thai government focuses on reopening the nation to international travelers.

No doubt, government and business leaders across the region, from Indonesia’s Bali to the Philippines’ Boracay island, are following Thailand’s experiment with an eye towards lessons learned for their own travel, tourism, and hospitality industries. Malaysia has already announced that it will use the Sandbox model to reopen its Langkawi islands to local tourists.

Meanwhile, in a concerted effort to attract more than 1 million qualified people to Thailand in the next five years, the Thailand cabinet has approved new measures aimed at wealthy global citizens and pensioners, digital nomads, and highly skilled professionals. According to government spokesman Thanakorn Wangboonkongchana, benefits include a 10-year Thai visa for approved special visitors, their spouses, and their children, as well as automatic work permits, the same income tax rates as Thai citizens, tax exemption for income earned abroad, and land and property ownership. Foreign experts who contribute to developing the Eastern Economic Corridor can opt to pay income tax at a fixed rate of 17%.

Still frequently and affectionately referred to as the “Little Red Dot” by Singaporeans and foreigners alike, the tiny city-state of Singapore offers up a bright spot in the region’s struggles against Covid-19.

The description, once seen as a pejorative, is a reference to how Singapore is often depicted as a tiny red dot on world maps due to its relatively small size. Having evolved into a badge of pride for many in Singapore given the nation’ s economic success despite its size, a little red dot was part of the island nation’s 50th anniversary celebration logo in 2015.

Six years later, the leaders of this nation of some 5.8 million people are moving towards treating Covid-19 as endemic. The Little Red Dot may well once again surprise its much larger neighbors and offer up lessons to the world, showing that Singapore’s gradual reopening and accepting a new reality of ‘living with Covid-19’ despite its ups and downs may be a more sustainable approach than the regular quarantines and shutdowns imposed by larger nations in search of the elusive goal of zero new cases. Projections that daily Covid-19 cases in Singapore could well hit 1,000 before stabilizing are described by the nation’s health minister as a “rite of passage” to a new normal.

According to Bloomberg’s August Covid Resilience Ranking, Singapore was “the lone bright spot in the region”, with its vaccination rate at the time the second highest among ranked economies.

Across Southeast Asia — from tiny Brunei and Singapore to the nations of Indochina including Cambodia, Laos, and Vietnam, and from a Myanmar in turmoil to Malaysia and Thailand, and the giant archipelago nations of Indonesia and the Philippines — one thing remains clear from the ever-shifting data: vaccines matter.

In July 2019, Mastercard and ASEAN member states’ national tourism organizations entered a two-year partnership to promote Southeast Asia through a campaign that celebrated the region’s geography, culture, and heritage sites as well as the hospitality of its residents. In addition to promoting travel across intra-ASEAN corridors, the Feel the Warmth campaign also aimed to boost inbound travel from Australia, China, and India and provide each nation the opportunity to celebrate Southeast Asia as the world’s fastest growing tourism destination.

Looking towards year-end, for international travelers to once again “feel the warmth” of the region in 2022 or later, greater access to effective vaccines across Southeast Asia and around the world remains essential and central to all our moving forward.