Glimpses of Recovery amid Ongoing Political and Health Crises 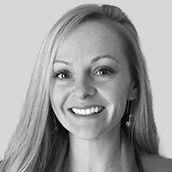 The 12 South American countries have experienced spikes and wanes of the Covid-19 pandemic and new variants — in addition to continued socio-political unrest in Chile, Colombia, Ecuador, and Peru as well as ongoing turmoil in Venezuela. While some states of emergencies continue, select international borders have re-opened for foreigners to travel to, from, and within the region.

South America has experienced 89% of Covid-19 cases within Latin America and 18% of total cases worldwide. Reflecting trends in the rest of the world, nationals and long-term visa holders in the region represent typical exceptions for international travel. These statuses allow them to travel freely across international borders to return to where they live or have citizenship. High intraregional mobility means many South Americans live in a different South American country from where they were born. During states of emergency, states used not only nationality but also family connections and occupation (‘essential work’) as filters to determine who could cross borders.

The International Organization for Migration (IOM) highlights that Brazil, Colombia, Ecuador, and Peru have had the most severe outbreaks, with Brazil having the second highest death toll in the world. Despite numbers still being high, in August both Brazil and Colombia reported their lowest numbers of new cases since January and March, respectively. Slowly, most countries have allowed foreigners to enter, pending country-specific health documentation and possible quarantine.

Pandemic-related measures are still being taken, such as controlling internal and international mobility, and quarantining visitors. While Peru stopped enforcing curfews in August, it expanded its state of emergency through September and the State of Health Emergency to March 2022. Contrarily, other countries have alternated between opening up for foreigners in the hope of reviving tourism and closing borders again, such as Chile, which again closed its borders in late July. Such fluctuations are influenced by spikes in the pandemic, including the spread of new variants such as Mu, first detected in Colombia as well as Gamma and Lambda, which first appeared last year in Brazil and Peru, respectively.

Some people are vaxxed, but with which vaccine?

Mobility beyond the continent without a vaccine passport or Green Pass is constrained for South Americans who have received certain types of vaccines. The European Commission only recognizes four types: AstraZeneca, Johnson & Johnson, Moderna, and Pfizer/BioNTech. The unaccepted Chinese vaccines, such as Sinovac and Sinopharm, and the Russian Sputnik V — especially prevalent in Argentina, Chile, and Peru — mean limited mobility for those who have been administered with them. Travel may still be possible however, if one provides negative Covid-19 tests or proof of having antibodies alongside completing health declaration forms. Despite other countries’ benchmark standards, South American countries are taking what they can get: in August, Ecuador awaited an import of 700,000 doses of the Chinese CanSino (a single dosage vaccine) whereas Bolivia was importing similar numbers of doses of Sinopharm.

Vaccine rollouts have been uneven within and between countries in terms of coverage and who has access to being vaccinated. Immigrants have been included only in some countries’ vaccination plans. Or they were included on paper but not in practice — similarly to immigrants in South America having legal access to financial subsidies during the pandemic but being blocked in reality. Despite continued unrest in the country since late 2019, Chile achieved a surprisingly fast and widespread vaccination rollout, yet the pandemic persists.

Part of Chile’s success was attributable to the country securing double the number of vaccinations required per total population. Argentina, Bolivia, Brazil, and Peru also secured more vaccines than their total populations. Comparatively, as of late August, Colombia and Uruguay had sufficient vaccines to cover slightly more than half their populations, Ecuador 70%, whereas Paraguay and Venezuela had secured enough doses to vaccinate only about a third of their inhabitants. These numbers are shifting through foreign donations, such as those by the USA. As of late August, vaccine pledges arrived to Colombia (6 million doses), Argentina and Brazil (about 3 million each), and Ecuador, Paraguay, and Peru (about 2 million each).

What’s next? Slow immunity and re-migration

Vaccinations will continue to be administered, yet herd immunity is not imminent for the continent. Access to vaccinations remains challenging for certain rural areas and migrant populations. Migrants with temporary visas or expired documents are at higher risk of non-vaccination, as are the undocumented, many of the most recent being Venezuelans residing in Colombia, Ecuador, and Peru and in Brazil and Chile. Access to vaccines other than the Chinese and Russian ones depends on availability, which is increasing due to donations through ‘vaccine diplomacy’.

When the situation stabilizes, both internal and international return migrants (forced and voluntary) who moved during the pandemic may again relocate. Families who previously depended on remittances from migrants earning a higher paycheck in urban areas or abroad sorely need this income stream. If return migrants stay put, they must renavigate into the labor market — a tricky maneuver, for instance, for the hundreds of thousands who returned to an unstable Venezuela.

Mobile individuals must consider the possibility of falling ill and the access to healthcare before planning holidays or a relocation. Information regarding pandemic-related measures such as border closures, quarantine requirements, and Covid-19 testing for migrants and travelers can be found on the platform “Open South America”, which plans to offer a mobile phone app soon.