What a Difference a Variant Makes: Delta’s Impact 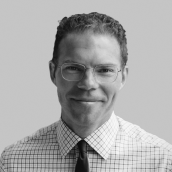 Greg Lindsay is Director of applied research at NewCities.

Any hopes for what Americans colloquially referred to as “hot vax summer” — a frenzied embrace of pre-Covid rituals post-vaccination — were dashed by a surge in new cases caused by the highly contagious Delta variant, which carved a swath through unvaccinated adults and children. Delta’s rise has scrambled companies’ plans to summon employees back to offices, delayed the start of some universities’ fall semesters, and perhaps permanently dampened business travel.

A chance for business as usual?

In highly-vaccinated Canada, the variant still cast a pall over snap elections that nonetheless produced a renewed mandate for Prime Minister Justin Trudeau’s Liberal Party and its aggressive plans to increase immigration. Meanwhile, Mexico struggled mightily with the latest wave, and its relationship with America’s Biden administration has been less of an improvement than originally hoped. The Caribbean fared no better, as painfully slow vaccine rollouts failed to stop new outbreaks.

Although the Delta wave is currently in rapid decline, the predicted Q4 return to normalcy now offers more questions than answers. The run-up to year end promises to be a race between vaccinations and variants, with the pandemic’s eventual end hanging in the balance.

Borders and travel are no longer an open-and-shut case

After collectively reopening their borders to US tourists this summer in time for peak season in the northern hemisphere — and receiving no reciprocity from the Biden administration in return — the EU voted to remove America from its safe list in early September, prompting new rules and restrictions on US travelers (and in Sweden’s case, an outright ban, vaccinated or not). This followed Canada’s unilateral decision in early August to reopen its land border with the USA to vaccinated travelers, and to do so for other nationalities a month later. But once again, America failed to match, leaving Canadians stuck on their side of the border.

The USA finally began to relent in late September, announcing vaccinated foreigners would at last be allowed to enter via the air starting in November (land borders with Canada and Mexico remain closed). The decision drew praise from travel industry trade groups keen for a semblance of normalcy on trans-Atlantic routes, while European leaders saw it as an insufficient olive branch following the furor over Aukus. As has been the case throughout the pandemic, passports once thought to be sacrosanct are again in flux due to parabolic case counts and shifting politics.

No news is bad news when it comes to the US EB-5 Immigrant Investor Regional Center Program, which expired on June 30 barely a week after a federal court ruling struck down a set of Trump administration rules that had increased the minimum investment amount from USD 500,000 to USD 900,000, prompting a final flurry of applicants. For now, its potential replacement — the bi-partisan EB-5 Reform and Integrity Act — remains in limbo amid chatter that opposition lobbyists have objected to the definition of a “targeted employment area” in the hopes of winning a reauthorization of the program. This resurrection would expand the scope of such areas beyond its current majority of urban districts to less dense rural and suburban areas across the USA.

For now, however, the Biden administration’s priorities remain preoccupied by the passage of a multi-trillion-dollar infrastructure bill, resettling 75,000 Afghan refugees following the withdrawal of US troops at the end of August and subsequent fall of the Afghanistan government, and the tying of its hands by federal court order when it comes to the ongoing migrant crisis along the Mexican border.

Justin Trudeau’s party risked everything and nearly lost after calling for a new mandate in August and promptly watching its polling numbers collapse. But the Liberals’ counterattack recaptured enough seats to clinch — if not outright win — a majority on 20 September, securing Trudeau’s promise to admit 351,000 migrants this year and 361,000 the next. This is a substantial increase over pre-pandemic levels and the most in a century, although not enough to offset the pandemic-era shortfall. Speaking of which, his government has also pledged to continue fast-tracking former international students and temporary foreign workers for permanent residence through the Express Entry points system.

To secure that majority, however, the Liberals also vowed to crack down on foreign homeowners, proposing a ban on sales for the next two years in addition to a nationwide tax on foreign ownership set to begin on 1 January 2022. Critics assailed the proposal as xenophobic pandering, laying the blame for a multi-decade housing bubble on Chinese buyers in particular, while failing to address the roots of Canada’s affordability crisis. The Trudeau government now walks a tightrope promoting immigration as an economic development strategy while demonizing foreign investment — a contradiction that may come to a head if and when 300,000 Hong Kongers believed to hold Canadian passports decide the time has come to emigrate en masse.