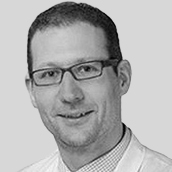 Dr. Andreas Brauchlin is a globally renowned specialist in cardiology and internal medicine and provides medical care for many foreign families in his private practice in Zurich. He is a member of the SIP Medical Family Office® Medical Advisory Board, the world’s leading experts for international health management, medical concierge, and health insurance.

An individual’s nationality and residence status continue to dictate access to nationally approved vaccines, while the lack of a globally recognized vaccine passport restricts mobility. Being a resident in the ‘wrong’ nation might heavily impact access to business, health, and medical services, and also make it impossible for some to travel. As time passes, ongoing and renewed travel limitations are threatening people’s prosperity and wellbeing.

Limited access to the ‘right’ vaccines maintains the power hierarchy

The most widely approved vaccines continue to be accepted gradually by most countries, including Oxford/AstraZeneca in 134 countries, Pfizer/BioNTech in 130, Moderna in 83, Gamaleya Sputnik V in 74, and Sinopharm in 83 at the time of writing. Compared to the vaccine hierarchy referred to in Henley & Partners’ Global Mobility Report Q4 2021, one additional vaccine has appeared in the ‘accepted by 70+ countries’ range: Johnson & Johnson’s non-replicating viral vector vaccine is approved in 95 countries globally, newly establishing itself in third place in the power hierarchy. However, Russia’s Sputnik vaccine is still not on the list of WHO-approved vaccines.

Meanwhile, the initial euphoria over vaccines has been dampened by the findings that vaccines will provide protection for a limited time, and eventually they may even protect only against specific variants. This has led to a global campaign of booster vaccinations to combat the spread of the Delta variant. While it remains unclear if current vaccines will also prove effective against Omicron, the findings of a new Harvard medical school study suggest that they may provide considerable protection against severe disease with the Omicron variant. It seems likely that futher booster shots will be needed, and probably also at regular intervals in the future. Eventually, a new generation of vaccine will help to control the spread of the disease.

The approval of more vaccines and shortened intervals for booster vaccinations continue to progress in many jurisdictions. However, some countries, such as Russia, continue to limit their citizens’ access to WHO-approved vaccines, thereby also limiting their freedom and their mobility. As Russia’s Sputnik V vaccine is not recognized across Europe, Switzerland, and the USA it is difficult for Russian citizens to travel to the respective countries. In the USA, additional restrictions apply to the AstraZeneca vaccine. Vaccine passports, which once held the hope of negating the requirement for travel restrictions, are likely to expire after certain time periods. Seemingly, an individual’s health and vaccination status are as influential on mobility as their passport’s visa-free access.

In Europe, citizens of CIS countries in particular face a two-fold challenge during the current pandemic. First, they are unable to access the mRNA vaccine or other vaccines that are believed to provide maximum protection. Second, as a result of not having access to a vaccine acknowledged by the European Medicines Agency or the Centers for Disease Control and Prevention, CIS mobility remains more restricted than ever before. In contrast, the mobility of citizens from regions rolling out approved vaccines is far less restricted, as seen in several countries in the Middle East.

This has led to an informal trend of ‘vaccination tourism’, with Russian citizens in particular seeking optimal health protection in addition to a certificate that allows them access to Europe. Travel destinations of vaccination tourists include among others Croatia, Germany, Israel, and the UAE where, with the help of medical concierge services and personal networks, large investments are being made with the sole purpose of securing an mRNA vaccination. Some are even acquiring permanent residence via real estate-linked investment migration programs with the added benefit of qualifying for the relevant local vaccination program.

While the lack of approved vaccines limits mobility on a large scale with Covid-19 restrictions on general visa rules still in place, individual travel for important business or medical reasons is still possible. Life-threatening medical conditions are accepted as a valid reason for a laissez-passer (entry permit), but overall access to professional medical care is limited, for example, for preventive care to detect health problems. For many citizens of CIS countries, this means the only remaining option is to access local healthcare systems for medical care, even if the institutions may not provide the best available treatment.

Rising Covid infections have once again led to far-reaching measures by governments around the globe, notably in Europe. While some countries imposed lockdowns late in 2021, others such as Austria and Germany are introducing ‘2G’ rules, namely Geimpfe and Genesene (vaccinated or recovered), which only allow people vaccinated against or recovered from Covid-19 to access certain areas of public life. The 2G rules leave unvaccinated individuals with restrictions on their daily lives, including those who have been administered the ‘wrong’ vaccines. This shows the growing importance of having access to the ‘right’ (approved) vaccines, not only to protect one’s life and physical integrity but also to continue participating in society. Residency will more than ever influence the quality of, and possibilities in, life around the world. This highlights the value of strategic residence planning with healthcare in mind, paired with global medical insurance, to manage individual and family wellbeing.