Global Health Risks in Times of War and Sanctions 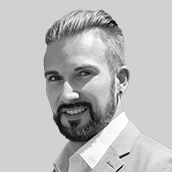 The current conflict in Ukraine has led to a stream of people being either locked in or forcefully displaced, with unprecedented effects on their health. The human toll of the Russian invasion of Ukraine is massive, and several million people have become refugees within just a few weeks. The terrible impact on the lives of Ukrainians is immense.

This article, however, looks at the effects on Russian citizens, as the recent turmoil now locks Russians away from participating from the Western world to a large extent, irrespective of their position on the war or their political or other views. Global mobility through alternative residence and citizenship may be the only option for many Russians — also and not least to secure important health services — and increasingly difficult to access. What does that mean for Russians and, more importantly in general, for anyone who may be caught between a war they may not approve of and sanctions they have no influence over? We have already seen significant mobility discrimination during the Covid-19 pandemic, where the Global South was largely cut off from the Global North. Now we are seeing outright discrimination based on citizenship.

A pattern of isolation and discrimination

During the Covid-19 pandemic, Russian citizens have been unable to receive globally accepted vaccinations, as the government has limited access to Russian-manufactured vaccines only, such as Sputnik V. They had to travel abroad to obtain a Pfizer vaccination, for example. Similar situations and worse prevailed in many parts of the world, such as in large parts of Asia and most of Africa. Now, in a matter of weeks, all Russian citizens are being completely isolated from the Western world, based solely on the citizenship they hold, due to the conflict in Ukraine and the resulting sanctions. Russians who have one passport only and no residence rights abroad are unable to access many advanced medical services, medical infrastructure, and healthcare systems in Western Europe, North America, and many other countries.

Discrimination based on citizenship is illegal in the EU and in most countries. Yet Russians are now discriminated against, and services and access refused to them based on their passport, regardless of who they are and their opinions. Modern, Western healthcare services and international medical insurance services are at stake of being cut out of their lives. If today this affects Russian citizens, within a few weeks, who may be next?

While the Hirslanden Clinic in Switzerland, one of the best-known medical providers for international patients, states that it is at the doctor’s discretion to accept or refuse patients, the novel mobility restrictions of Russians may close many doors to healthcare access in Europe and North America. According to the Medical Tourism Index, the Russian Federation ranks 41st out of 46 evaluated countries. The index suggests the state of healthcare in Russia is at a low level. As a result, many Russians prefer their diagnostics, treatments, and surgeries to be done in Europe as they expect a better health outcome. For many, this may no longer be possible in the coming years. While you may think that this affects only a few wealthy individuals or oligarchs, in reality many middle-class Russians have traveled abroad for medical treatment. Families regularly gathered funds to enable a family member to undergo surgery abroad, for example to Germany, but this can no more be the case. The same is true in many other countries.

Russians risk being cut off from international medical insurance market

On top of continuous and even higher hurdles for Russians to access state-of-the-art medical care in Europe and across the world, Russia and its population are being cut off from one of the most fundamental pillars to secure long-term health protection: international medical insurance. As most major international private health insurance carriers are subject to sanctions legislation now being rolled out across the West, Russia’s current and future global citizens, international businesspeople, and entrepreneurs are left with an underdeveloped local health insurance market, or alternative options in Asia — unless they relocate to locations such as Dubai, South Africa, South America, or Thailand, for example, and possibly secure alternative citizenship.

Bupa, a UK-based insurance carrier with some of the most advanced worldwide health plans that are often sought after by international clients from Russia, the Middle East, and Asia, has communicated that it will “end any existing relationships with business in Russia”. The most popular insurance company among non-high-net-worth-individuals, Cigna Global, has decided not to sell any new policies in Russia as a result of the current conflict. While the Russian nationality itself is indifferent, the Russian residence status is not. Only those who hold an alternative residence outside of Russia continue to have access to this market today, and most likely in the years ahead. Again, this should be of concern not only to Russian citizens, many of whom now want to leave their country as they do not agree with the war. It is a stark warning for everyone who lives in a volatile region anywhere in the world.

As the world is becoming more volatile, citizens of countries whose governments may be engaged in conflict in the future — and who may apply to many countries in many parts of the world — may suddenly find themselves in trouble and cut off from international health services, just because of their passport or residence situation.

Can a medical exodus be expected?

Since Russia announced the “development of health services exports” as a national target in 2018, significant investments and developments in Russia’s local healthcare market have been most welcomed and fruitful. However, the international political developments during the last two years have again significantly reduced the country’s attractiveness from a health perspective. Internal and external policies seem to leave a pattern of isolation in this globalized medical industry. From a health and wellbeing planning perspective, living in Russia has become much more of a risk to its residents during recent years. We are now seeing an exodus of hundreds of thousands of Russians who are leaving the country while they still can. We are also seeing people who relocate because they need medical services of a level they may not easily access in their home country, and international sanctions threaten this further.

The war in Ukraine is a tragedy of massive proportions. Its impact on the lives of the people directly affected is terrible. But the war and the unprecedented sanctions leveled against not only people close to the Russian government but also all Russian citizens is far-reaching and has great implications from a political, economic, and not least health point of view, and not just with regard to Russia, but globally. People with international health policies or who regularly access international health services will need to think carefully as to what could be next if perhaps their country of citizenship suddenly engages in conflict, and what this would mean for themselves and their families.