Then and Now: Ukraine 2022, Europe 1945, and Lessons for Refugee Crises of the Future 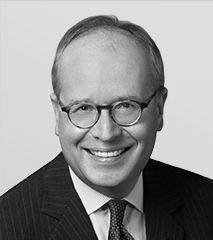 Stephen Klimczuk-Massion is a corporate and geopolitical strategist, scenario planner, board member, foundation director, author, and past fellow of the University of Oxford's Saïd Business School.

At the time of writing, the world is gripped by dramatic images of vast numbers of Ukrainian war refugees streaming into Poland and neighboring countries, making this crisis one of the largest — and fastest — movements of displaced persons anywhere in the world. Europe has risen to the challenge for its neighbors in Ukraine and seems to be disproving widely held notions that refugee and migrant crises cannot be solved or handled well.

Lessons from history give hope

Now is a good time to recall what many never knew or may have forgotten: that nearly 80 years ago, a significantly destroyed Europe in 1945 faced an unprecedented and even more dire situation, with millions of displaced persons (DPs) needing urgent help and eventual resettlement in the aftermath of the Second World War. The post-1945 success story is worth remembering as it holds important lessons for the present and future.

I am particularly familiar with this story of 1945, as my own Polish parents (then in their late teens) were among the 11 to 20 million refugees in Europe who had lost everything but their lives and had nowhere to go in a bombed and resource-poor postwar environment. Some seven million of the DPs were in Allied-occupied Germany. They were war survivors representing a diversity of nationalities, religions, and backgrounds but with many things in common: malnutrition, psychological trauma, health problems, war-induced poverty, and, in most cases, no homes or countries to which they could reasonably return. Many were effectively stateless. Life without a passport was as inconvenient then as it is now. The scale of this humanitarian crisis — in the context of a politically divided and war-scarred continent struggling to feed and clothe itself — seemed to put good solutions out of reach.

But solve it they did, despite the seemingly impossible scale and complexity of the problem. Under the auspices of the UN Relief and Rehabilitation Administration, DPs made their way to hundreds of ‘camps’ (improvized accommodation centers that ranged from former military barracks, airports, and hotels to castles, hospitals, and partly destroyed structures) mostly in Austria, Germany, and Italy. To say living conditions were not luxurious would be a great understatement. But over time, most camp-based DPs slowly regained their health, resumed their educations, and began to organize sports, social clubs, camp newspapers, and even Scout and Girl Guide units for DP children and young adults. The forcibly uprooted could even eventually begin to feel hope again for the future.

Although the last DP camp did not close until 1959, from 1947 to 1953, the vast majority of the millions of European DPs were able to start building new lives elsewhere. They resettled in various countries around Europe and the world under different resettlement schemes. Immigrant societies such as those in Australia and Canada welcomed the largest numbers of DPs, whose children and grandchildren today enjoy peace, prosperity, and success in those countries. What seemed improbable or even impossible in 1945 became the possible and even the likely by the 1950s.

What this post-1945 story shows us is that human beings, given half a chance, will do what people in such circumstances have always done throughout the ages — they will work hard to rebuild, not just buildings but also their lives. War, conflict, forced migration, and displacement have unfortunately been constants in human history, but solutions and even innovations and new ideas are possible. Let’s rise to the challenge.