Will Cryptocurrencies Turn Out to Be Just Like Other Investment Vehicles? 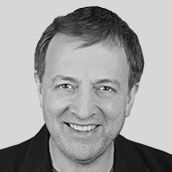 Misha Glenny is an award-winning journalist and broadcaster. He is the author of McMafia and DarkMarket: How Hackers became the New Mafia and is a former UK Digital Security Journalist of the Year.

Several months of economic and political turmoil have proved one overriding truth about cryptocurrencies. Despite all the predictions and hopes of tech dissidents, anarchists, criminals, and adventurous speculators, Bitcoin and the rest of its ilk are just another investment vehicle for conventional financial institutions, following the usual peaks and troughs of traditional markets.

Some investors were convinced that a black swan event such as the Russian invasion of Ukraine would lead to a surge in the value of cryptocurrencies. There was much excitable talk about Russia using crypto to obviate the impact of sanctions by using Bitcoin and other cryptocurrencies to sell commodities onto the world market. So far, there has been no evidence of this. “In fact,” tweeted Joe Weisenthal, co-host of the Bloomberg podcast Odd Lots, “given soaring inflation, geopolitical uncertainty, actions taken by Canada against protesters and US sanctions, Bitcoin has done much worse than I would have guessed. Much worse.”

Instead, cryptocurrencies have continued their steady downward trend — in the case of Bitcoin, to -17.7% of its value six months ago. For the moment, it has appeared to settle around the USD 36,000 mark, down over USD 30,000 from its peak of just four months ago. The supposedly more transparent currencies like Ethereum are down even more.

There are several reasons for the alignment of crypto to other markets. First, contrary to popular perception, the cryptos have long ceased to be the domain primarily of criminal traders and ransomware gangs. To be sure, crypto — either Bitcoin or Monero (the latter specifically designed with security in mind and harder to track than Bitcoin) — is the currency of choice for cyber gangs and online drug dealers, but the value of their activity is negligible compared to the share owned by institutional and small-time investors. The first year of the pandemic witnessed the big push by some banks and hedge funds into the crypto markets that inflated them so spectacularly.

Second, states have the power to regulate cryptos, most drastically by designating them illegal. China struck an enormous blow against cryptocurrencies in September last year by outlawing them completely. Beijing had prefaced this in June by banning cryptomining; China was the largest center of cryptomining. The process involves an enormous amount of computer power concentrated in huge ‘farms’, vast warehouses packed with computers that are solving increasingly complex mathematical problems in order to generate Bitcoins and other cryptos.

Dozens of countries, including significant markets such as Bangladesh, Egypt, and Iraq, have also made cryptotrading illegal. By contrast, only one country, El Salvador, has designated Bitcoin legal tender, forcing all businesses to accept Bitcoin alongside the Salvadoran colón (which is pegged to the dollar). Nonetheless, in many jurisdictions, especially in Kenya and other East African countries, there is a high usage of Bitcoin for informal payments.

When banning Bitcoin mining, China rightly highlighted the environmental damage this causes. According to the Cambridge Centre for Alternative Finance, the industry accounts for 0.55% of total global energy output, although some estimates run as high as 1%. Following the Chinese ban, many crypto miners moved their operations westwards into central Asia, notably Kazakhstan and Kyrgyzstan. In January, anti-government protests broke out across Kazakhstan. In response, the government in Astana shut down the country’s internet, but some commentators have speculated that this was also related to the surge in Bitcoin mining that resulted from the China crackdown. Since December last year, Bitcoin mining has increased its consumption of Kazakh electricity to a mind-boggling 14%. This has generated both inflationary pressure on electricity prices and some shortages that were a contributory factor in sparking the political unrest.

Finally, the warnings of many mainstream economists that Bitcoin and other cryptos are nothing more than a giant Ponzi scheme is winning ever more adherents, leading institutional investors to hedging only small amounts of their capital in this market.

Trading in Bitcoin remains a cumbersome and expensive operation leading to the conviction among the more experienced crypto investors that Bitcoin will soon be superseded by other cryptocurrencies. “The Bitcoin and crypto communities have been selling a false narrative all these years that Bitcoin is supposed to be a safe haven from the traditional financial markets,” Jimmy Nguyen, the president of the Bitcoin Association, a cryptocurrency trade group, told the New York Times.

But Nguyen and other traders admit that there is still potential for cryptocurrencies. As the blockchain technology underpinning crypto is adopted for an ever-greater variety of legal and commercial transactions, it should reduce the cost of operating in cryptos. Digital currencies are not dead yet, but they face significant challenges if they are to prosper.