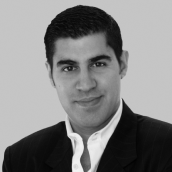 Dr. Parag Khanna is the founder and managing partner of FutureMap, a data-and scenario-based strategic advisory firm headquartered in Singapore, and author of numerous books including Connectography, The Future is Asian.

The COP26 summit, held in Glasgow in October 2021, made useful strides in promoting commitments to end carbon emissions, with 191 nations pledging more than USD 100 billion to keep global temperature rise below 2° C and helping developing countries transition their economies. Yet our climate is already forever altered with the emissions accumulated in our atmosphere, which are set to disrupt the planet’s ecosystems for decades. Policy makers cannot simply focus on mitigation strategies and reducing emissions, we need to focus on adapting to the inevitable climate shocks unfolding.

Climate adaptation efforts currently account for a meagre 5–6% of climate-related finance and though we will need to build defenses in our infrastructure, the most significant climate adaptation measure would be large-scale population resettlement.

My latest book Move: The Forces Uprooting Us argues that the toughest challenge we face and our highest collective priority will be to relocate people from climate-stressed regions and conflict zones to stable areas best suited for survival and habitats where they can thrive.

Humanity’s history is one of migration; for most of our time on the planet, we have been nomadic. When faced with war or climate disruptions, our fight or flight instinct kicks in and the sensible response has been to move in search of more suitable conditions.

Now, like our ancestors, we are gradually but noticeably becoming a migratory species again. In the coming decades, climate disruptions threaten to make some regions of our planet uninhabitable. Millions, if not billions, of people will need to find new homes. Yet managing migration remains one of the most sensitive areas of national sovereignty, and our failure to curb greenhouse gas emissions despite decades of climate negotiations highlights the inadequacy of our global governance structures.

Governments don’t want to submit to any international authority dictating which people or how many people they should absorb. As ‘habitable geography’ becomes our most precious resource, we must begin to contemplate what lies beyond sovereignty. The answer could be ‘programmable geography’ — recoding places based on their changing roles in our dynamic global system.

We are projected to reach ‘peak humanity’ this century — the maximum species population of almost 11 billion. Beyond that point, our survival becomes a distribution game dependent on how we spread ourselves across the planet’s 510 million km2 of territory.

The fundamental challenge of human geography will not be solved with bilateral migration agreements. We will need to move beyond the short-term and hyper-sensitized political discourse around migration to a collective strategy to house humanity.

Framing discussions around human geography rather than migration can be a powerful rhetorical tool, as it emphasizes that it is a global challenge and gently shifts the focus from narrow national sovereignty to expansive planetary stewardship.

Climate oases and the competition for talent

As climate change continues, humanity will have two options — adapt to hotter conditions or migrate to cooler areas. Climatography differentiates places on a spectrum from livable to unlivable and for over 6,000 years, most humans have lived in areas with mean annual temperatures of between 10 and 15° C. These ‘climate oases’ — environmental zones that offer an optimal climate niche, favorable for agriculture and with plentiful fresh water — are slowly shifting northwards. And this is where we will see the greatest movement too, from south to north.

Large-scale population resettlement to climate resilient areas will become inevitable and necessary. Billions of people may eventually have to relocate in search of the conditions best suited for survival: the right combination of latitude, altitude, and attitude.

Ironically, many of the northern nations that will become more livable during the next 50 years are shrinking demographically due to aging populations and low fertility. They will be most in need of young workers to care for the elderly, upgrade infrastructure, and contribute to taxes.

In the decades to come, we will therefore see stark demographic imbalances among the continents. There will be labor shortages across regions such as North America, Europe, and northern Asia, and these regions will need to open up their immigration channels, with Africa and South America increasingly becoming regions of emigrants.

We have an estimated four billion people who could be eager to migrate across international borders — a figure corresponding roughly to the world’s youth population. Focusing our efforts on making it easier for young people to move to places where they can contribute productively will significantly improve our chances of weathering the turbulent times to come.

The options to futureproof much of our infrastructure and industry against the wrath of climate change may already be limited, but we can still futureproof ourselves. Planning for mass resettlement of human populations is a moral and practical obligation we need to act upon immediately. Governments should consider redesigning migration policy according to societal and economic needs, designating sparsely populated areas to accommodate new settlers, and investing in more sustainable infrastructure and housing for everyone.

We will either learn to adapt proactively or we will be forced to act reactively. Ultimately, people who choose to relocate will be better off than those trapped in survival mode.