Fly Net Zero by 2050: How to Fly Sustainably in a Carbon-Free World 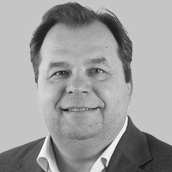 Sebastian Mikosz is the Vice President of Environment and Sustainability at the International Air Transport Association (IATA).

The world needs to fly, but it must fly sustainably. The last two years of border closures and heavy restrictions on travel freedom have reminded us that a world where we cannot cross borders is a greyer and poorer place. Globalization, fueled by air connectivity, has been beneficial to the world — but we can’t ignore the existential challenge of climate change.

The question is not “Should people be able to fly?” but “How can people and goods fly sustainably?” Our forecasts indicate that there will be demand for 10 billion passenger journeys in 2050 (up from around 4 billion pre-pandemic). Much of this growth will come from passengers who have never had the opportunity to fly before: in Asia, Africa, and Latin America. We owe it to this next generation of flyers to find sustainable solutions, so they can enjoy and benefit from air travel as we have done so far.

For that very reason, and despite the crisis caused by Covid-19, the aviation industry has refused to compromise on its environmental vision. On the contrary, it has doubled its efforts. In October 2021, airlines at the International Air Transport Association (IATA) AGM agreed to reach net-zero CO2 emissions by 2050. A day later, this commitment was echoed by airports, air navigation service providers, and key manufacturers. This historic agreement puts air transport on a path to meeting the world’s target to keep global warming below 1.5˚C (34.7˚F). Our coalition is determined to achieve this extremely challenging goal, and we have developed a robust strategy to do it — but we will need help to get there.

SAF is our most crucial tool in reducing the carbon footprint of air travel. We estimate that around 450 billion liters of SAF will be needed by 2050, to mitigate 65% of our CO2. SAF can reduce the carbon footprint of jet fuel by around 80%, as it ‘recycles’ the carbon that the fuel is made from. At present, this recycled carbon could be used in cooking oil, biomass such as forestry waste, or even household trash. There are many more potential sources for SAF. What is important is that airlines have committed not to use SAF from sources that compete with food or damage biodiversity. That pretty much rules out palm oil, for example.

Increasing production from less than 200 million liters in 2021 to 450 billion liters in 2050 sounds like a tall order. But while it is challenging, it is by no means impossible. The installed capacity of solar and wind power generation has increased by a similar degree over the past 30 years, and there is no reason why SAF shouldn’t do the same. What it will need is the same level of commitment from governments and industries working together. Governments should put in place policy frameworks that encourage production, not consumption. The prospect is a win-win: aviation can fly sustainably, while governments can improve energy security and generate new jobs by developing indigenous SAF production capability.

Can a ‘flying Tesla’ happen?

Of course, the ultimate goal is to produce a zero-emissions aircraft — a ‘flying Tesla’ — to solve our problems. But we must be honest, a zero-emissions flight isn’t just around the corner. There are some interesting projects on the drawing board, but the reality is that there are very significant technological and operational challenges that must be overcome. Our best guess is that regional and short-haul services could be operating on electric or hydrogen power from 2035 onwards. By 2050, such aircraft could be eliminating around 13% of our CO2. The problem is that the weight of batteries or the space needed to store hydrogen does not compare to the power/weight ratio, or energy density, of jet fuel.

On top of these technical problems, there are operational concerns. In the case of hydrogen, for example, there needs to be huge amounts of emissions-free power to create the ‘green hydrogen’ in the first place. In time, these challenges will be overcome. However, at present, we believe such solutions will be a small but exciting part of the net-zero story.

If massive quantities of SAF and zero-emissions planes are still at least a decade away, what options does the industry have to start cutting emissions right now? In truth, the industry has been making tremendous efficiency gains for years. Airlines are obsessed with cutting fuel burn since this usually makes up at least 20% of their total operating costs. In commercial air transport, profit margins are thin and competition on routes is tough, so airlines constantly look for efficiencies to gain an advantage.

These improvements, such as lighter planes, more efficient aerodynamics (such as winglets on the wings), and more efficient engines typically exceed 2% fuel savings per year with the existing fleet. The improvements in fuel efficiency since 1990 mean that the same amount of fuel will now take you more than 50% further. One area where politicians could do more is to fix the inefficiencies in air traffic control. In Europe, the failure to deliver the Single European Sky project is costing 6–10% of wasted emissions every year.

Finally, there is offsetting and carbon capture. We currently use carbon offsets to ensure that the growth in international aviation emissions from 2019 is canceled out by paying for emissions reductions elsewhere in the economy. This mechanism, called the Carbon Offsetting and Reduction Scheme for International Aviation (CORSIA), uses one of the strongest assessment criteria of any offsetting credits in the world. We are confident these are gold-standard schemes that permanently remove carbon from the atmosphere. We accept that this is only a short- to medium-term solution. Our reliance on offsetting will continuously decline as SAF and other technologies come on board. But it won’t disappear completely, and it will be an important source of climate finance, enabling societies to adapt to low- and zero-carbon solutions. Additionally, passengers and businesses may well continue to voluntarily contribute to climate-positive schemes, such as reversing deforestation.

An important new development will be carbon capture, utilization, and storage (CCUS). The Intergovernmental Panel on Climate Change has noted that CCUS will be an essential technology if the Paris Agreement goals are to be met. Its use will need to be widespread in sectors far beyond aviation to ensure that global climate goals are reached. The process involves sucking carbon out of the air and storing it underground, but a particularly exciting development for aviation would be the possibility to recycle the carbon as SAF.

As with electric and hydrogen solutions, CCUS is still at the experimental and small-demonstration scale. It will take time for this to grow to a significant size. But the climate crisis means that as an economy and society, we have no choice but to lean into this technology. We will be watching its development with interest, but I should stress that our primary aim is to reduce emissions within-sector to the highest possible degree.

I believe that by 2050, we will be able to look back and feel astounded at the changes in our industry. I am confident that in just three decades, we will have fundamentally changed the way we manufacture, power, and operate our airplanes. We will have radical new technologies, opening a window to true zero-emissions flight. And the 10 billion passengers who will take to the skies will do so knowing that they will have no net impact on the climate.