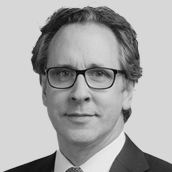 Over the past two years, updates to the Henley Passport Index rankings have been an invaluable tool in helping us to make sense of a world upended by the pandemic. As unprecedented Covid-related restrictions on our movement were implemented throughout much of the developed world, the rankings provided us with a clear illustration of the growing inequalities between the Global North and the Global South, as the travel mobility gap increased with every update. This latest ranking gives us an insight into the devastating impact of a different kind of catastrophe: war.

Six weeks after Russia’s invasion of Ukraine, the impact on travel freedom and mobility has been more dramatic than even the most pessimistic commentators were predicting at the war’s outset. The latest results from the index clearly illustrate the war’s profound and potentially irreversible impact on freedom of movement within the region, as a new Iron Curtain descends.

The invasion has triggered the worst refugee crisis in Europe since World War II, with more than 4 million Ukrainians fleeing to neighboring countries in the first six weeks alone. In response to Russia’s actions, the EU, the US, Canada, and other Western countries have closed their airspaces to Russian air carriers, imposed stiff travel bans on individual Russian citizens, and in many cases have stopped processing visa applications altogether, as we have recently seen with Czechoslovakia. Combined with other forms of sanction, these measures have effectively consigned the Russian passport to junk status throughout much of the developed world, isolating the country to an extent not seen since the height of the Cold War. Experts predict that this is just the beginning, and that the Russian passport will be one of the biggest fallers in terms of visa-free access over the next few years.

In stark contrast, the EU has approved an emergency plan allowing Ukrainians to live and work in any of its 27 member states for up to three years, while many other Western countries have adjusted their visa policies in favor of Ukrainian passport holders or waived visa requirements altogether. Ireland’s recent announcement that it would be dropping previous visa requirements for Ukrainian citizens has been greeted with widespread approval, for instance, while the UAE’s announcement that it would be canceling its visa-free regime with Ukraine was met with such condemnation from the West that the country reversed its decision just two days later.

Ukraine currently has a visa-free/visa-on-arrival score of 143, a record high for the country, which now ranks 34th on the index. The country has climbed an impressive 26 places over the last five years, after its citizens were granted visa-free access to Europe’s Schengen Area in 2017. Russia trails behind in 49th place, with a score of 117. There is every reason to suggest that that the global mobility gap between the two countries will almost certainly increase in the coming months, as the brutal fallout from the war continues.

With all eyes on the impact of the Russian invasion, it is nevertheless worth emphasising here that the latest rankings once again reflect a staggering gap in travel freedom between the wealthy, relatively peaceful countries that dominate the index’s top spots, and the poor, conflict-stricken states that occupy the bottom positions. There is now a difference of 166 points between the two top-ranking passports on the index and the bottom ranking passport, and analysis of the historical data suggests that this gap could well increase in the future. Looking at the countries that have fared worst on the index over the past 10 years, there is an obvious correlation between a fall in the rankings and a rise in violent conflict. Yemen, for instance, has dropped a shocking 16 places in the rankings since 2012, and now sits in 108th place, with a score of just 33. Syria has dropped 14 spots over the same period, and now sits in 110th place, with a score of 29.

The great success story of the index remains the UAE, which now sits in 15th place, with a visa-free/visa-on-arrival score of 175 — an astonishing ascent from its position 10 years ago, when it sat at 64th place with a score of 67.

In a world where chaos and upheaval seems to have become the new normal, it is hardly surprising that the demand for investment migration programs has been growing, with the countries that offer these programs continuing to fare extremely well on the index. Malta, for instance, sits in 7th place on the rankings, with a visa-free/visa-on-arrival score of 185. Holders of St. Kitts and Nevis passports currently have visa-free access to 156 destinations around the world, while Montenegro passport holders can currently access 123 destinations without requiring a visa in advance, including all the countries in Europe’s Schengen Area, and Turkey.

Henley & Partners has experienced unprecedented demand in recent months for both residence and citizenship by investment programs, which provide a pathway to residence rights or alternative citizenship acquisition. There has been an 80% increase in new enquiries over the past 12 months off the back of an already record-breaking year in 2020 as wealthy investors scrambled to diversify their domiciles and relocation options in a bid to secure greater global access and optionality as a hedge against unrelenting market and political volatility.