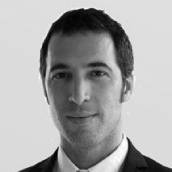 Wealthy elites place a very high premium on democracy and the rule of law. The past two decades have shown that non-democratic countries without a strong rule of law may be successful in promoting growth and elevating some of their citizens to substantial wealth. But the moneyed elites living under authoritarian regimes are constantly on the lookout for insurance policies and exit options that would help protect their property and personal safety.

The Russian invasion of Ukraine has led to a massive exodus of refugees. Millions of Ukrainians have fled the country to avoid rocket attacks, shelling, and war crimes perpetrated by Russian forces. Another, smaller wave of emigration has left Russia. Among the estimated 300,000 emigrants who have left Russia since late February are many of the country’s highly educated and well-heeled citizens.1 There is a marked difference between the emigrants leaving Russia and those leaving Ukraine. Russian emigrants, for the most part, are not escaping a direct physical threat. Instead, Russia’s wealthier citizens seem to be leaving to avoid entrapment in a country that is becoming less free, more isolated, and less prosperous.

This intuition aligns with recent research that I conducted on the topic of millionaire mobility, which was published in the British Journal of Sociology.2 The article asks, ‘What drives millionaires to acquire investment-based immigration visas?’ It joins the growing literature on elite mobility, while offering a systematic model for the motives that drive millionaire migration.3

I shed light on the question of millionaire mobility by analyzing statistics on the US EB-5 visa. This visa provides a permanent resident visa — also called a Green Card — to wealthy foreigners who invest a hefty sum in job-creating businesses: a minimum sum of USD 500,000 for applicants who invested until November 2019 or USD 900,000 for applicants thereafter. The program has an annual cap of 10,000 visas, which is easily filled. In fact, there are long backlogs of applicants who wait for this visa for years.

In the study, I analyzed the number and nationality of the individuals who acquired EB-5 visas each year from 2010 to 2019, offering the first statistical examination of investor visa acquisition to date. The analysis has revealed three main patterns that shed light on the ‘hows’ and ‘whys’ of millionaire migration.

First, the majority of EB-5 visas went to Chinese investors. Millionaires from China have acquired over 70% of the total of 81,125 investor visas granted by the US in the 2010–2019 period. This allows us to estimate that over 12% of Chinese millionaires have obtained such a visa over the past decade.4 This figure, while high, captures only a fraction of actual Chinese demand for investor visas. Tens of thousands of EB-5 visa applications are still pending, and tens of thousands more Chinese individuals have acquired investor visas from other countries such as Australia, Canada, Portugal, Spain, and the UK. The real number of Chinese millionaires who hold some kind of residence visa abroad may be two or three times higher than those who have acquired EB-5 visas.

Second, demand for US investor visas was driven more broadly by millionaires from less developed countries in Asia, Latin America, and the Middle East. Wealthy people from Western countries such as Canada or Germany rarely applied for such visas. Alongside China, other leading countries in terms of visa acquisition include South Africa, Mexico, Colombia, South Korea, Taiwan (Chinese Taipei), Brazil, India, and Russia. All these countries (except for South Korea and Taiwan (Chinese Taipei)) are developing nations characterized by lower average incomes, weaker personal safety and political rights, and less valuable passports. Therefore, global inequality in citizenship value, which shapes global demand for dual citizenship, also drives the acquisition of investor visas.5

Third, one factor stood out as the most important driver of demand: the quality of democracy. When a country undergoes democratic backsliding, which threatens civil rights, political representation, and the rule of law, wealthy elites increase the demand for investor visas. This important finding helps explain why millionaires are currently leaving Russia in droves. Another salient example is Türkiye, where demand for EB-5 visas spiked in response to President Erdogan’s power-grabbing moves in 2014 and 2016. In contrast, other factors such as economic development or inflation had no effect.

Democracies are a magnet for millionaires

These findings are limited in that they draw on one particular country with a non-characteristic investor visa program. Nonetheless, they can help us make sense of millionaire mobility. The study’s main takeaway is that wealthy elites place a very high premium on democracy and the rule of law. The past two decades have shown that non-democratic countries without a strong rule of law may be successful in promoting growth and elevating some of their citizens to substantial wealth.6 The most striking example is China, where the number of millionaires has boomed. My findings reveal another, less sanguine side of this story: these new millionaires do not feel secure and confident. Moneyed elites living under authoritarian regimes are constantly on the lookout for insurance policies and exit options that would help protect their property and personal safety.

Finally, it is important to note that the actual beneficiaries of EB-5 visas need not be the millionaires themselves. Often, these are the investors’ young-adult children. The visa allows these young heirs to spend time in the US and acquire high-prestige education and work experience while also creating a potential basis for the future immigration of other family members. Investor visas thus belong to a broader category of foothold strategies. This is what I call strategies that developing-country elites use to secure a safe haven in a stable and democratic country, including transnational investment, offshore banking, and dual citizenship.

We are living in a period of growing international polarization, marked by increased conflict between a democratic Western bloc and authoritarian powers like Russia and China. This struggle is waged across a range of domains, including trade, diplomacy, ideology and, tragically, actual battlefields. In at least one domain of competition — attracting and retaining wealthy citizens — democratic countries have a clear upper hand. Authoritarianism may sometimes be good for business, but it can never be successful in creating a secure, confident, and happy citizenry.

1 Anthony Faiola. “Mass flight of tech workers turns Russian IT into another casualty of war”. May 1, 2022. Washington Post. https://www.washingtonpost.com/world/2022/05/01/russia-tech-exodus-ukraine-war/