Africa–European Union Cooperation on Migration and Mobility: A Global Perspective 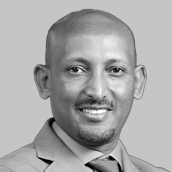 Prof. Mehari Taddele Maru is a Part-time Professor at the Migration Policy Centre and Academic Director of the Young African Leaders Programme at the School of Transnational Governance, European University Institute. He is also a Fellow at the United Nations University Institute on Comparative Regional Integration Studies in Bruges, Belgium.

The modest achievements of the Africa–Europe cooperation on migration show that four factors are critical for the partnership on mobility to succeed: shared priorities, political support, considerable resource allocation, and implementation capability and efforts dedicated to agreed-upon initiatives and activities.

The comprehensive Africa–EU cooperation on mobility and migration began in 2000 at the Africa–EU summit in Cairo. At the second summit in Lisbon in 2007, one of the eight major components of the Joint Africa–EU Strategy was migration, mobility, and employment. Migration and mobility have since become key components in an unprecedently ambitious strategic partnership between Africa and Europe. The 2015 Valletta summit boosted this collaboration by focusing more on arresting irregular migration, human trafficking, and smuggling, and less on facilitating mobility and addressing the causes of irregular migration. Presently, migration is a leading issue in bilateral and multilateral discussions between the EU and its member states on the one hand, and the African Union (AU) and its member states on the other. The sixth AU–EU summit in Brussels on 17 and 18 February 2022 reaffirmed “enhanced and reciprocal partnership for migration and mobility” as one of four priority areas. The others were education, science, technology, and skills development, strengthening resilience, peace, security, and governance, and mobilizing investments for African structural sustainable transformation.

Key factors for success in the partnership

Common priorities of the AU–EU partnership that were politically supported by both sides did better than others — particularly diaspora, counter-trafficking, remittances, migration policy, and free movement regimes. Issues that were priorities only for one party faced stiff resistance, such as the EU’s case for the return, readmission, and reintegration of migrants to Africa from Europe. Addressing root causes for and expanding legal pathways to migration, which is a priority for the AU, did not materialize. Projects that were reasonably well resourced such as the African Institute for Remittances (AIR) appear to have been well managed.

A further complicating factor is that the political risks to African governments associated with the return of migrants still far outweigh the financial incentives provided by the EU. While supporting voluntary returns, African governments are against readmission and repatriation without the consent of individuals. Europe, however, supports forcible returns for irregular migrants and failed asylum seekers. Furthermore, Africa wants to ensure that reintegration is sustainable. Moreover Africa is less cooperative in facilitating the return and readmission of nationals irregularly present in the EU, while Europe is reluctant to provide resources to ensure that reintegration is sustainable. As a result, although a significant proportion of the allocated EU Emergency Trust Fund for Africa money has been released and utilized, the overall return rate from Europe remains low.

A further example of intransigence is that legal migration avenues to Europe in the form of visa facilitation, faster family reunification, and increased labor migration are yet to materialize despite repeated pledges from the EU. The EU’s new Pact on Migration and Asylum and new rules on the entry and residence of highly skilled workers from outside the EU under the revised Blue Card Directive may not change the incentive structure much. For example, current efforts by EU member states to establish job information centers on migration routes to the EU have not had a significant impact on those migrants who intend to move irregularly to Europe. A limited number of people with the skills required in European labor markets would benefit from the current legal migration avenues, as skill development and skill matching receive inadequate priority and funding. Training centers are needed to build capacity for the skilled African labor needed by EU countries. This, in turn, requires significant resources. In the absence of such facilities and priorities, some African policymakers conclude that destination countries are paying only lip-service to legal routes and, as a result, rarely consider ‘legal migration’ a priority.

The Africa–Europe partnership on migration and mobility was established with the aim of benefiting all migrants as well as affected countries in Africa and the EU. The purpose was to ensure that migration is both voluntary and regular. It was intended to cover inter- and intra-continental migration and all types of migrants (economic, refugee, permanent, temporary, worker, student, scholar, and so on).

The potential for Africa–Europe cooperation on migration and mobility is significant and has already been demonstrated by some of the outcomes obtained thus far. It has also received substantial political and financial support, if unevenly, from both sides. Where there is politically determined leadership, mutual understanding, overlapping priorities, and political and financial commitment, the AU–EU partnership has shown results. Precedent already exists in terms of the AIR, AU Commission Initiative against Trafficking Campaign, and diaspora outreaches. The collaboration needs to evolve to focus more on supporting and obtaining practical delivery and mutually prioritized outcomes.

The existing partnership structure, however, reveals a wide gap between pledges and implementation and does not reflect the realities. With overreliance on funding as the main trouble-shooter, unrealistic expectations are leading to frustration. The absence of frank and sincere dialogue creates misunderstanding and thus mismatch of priorities. Disregard for local priorities affect constituency politics and diminishes legitimacy of national actors.

The existing Africa–Europe partnership on migration and mobility requires overhauling for two major reasons. First, it needs to be founded on the aim of ensuring that migration is both voluntary and regular. Second, frequent dialogue is indispensable in providing a platform for forging convergence points, shared responsibility, mutual evaluation of progress, and the rectification of shortcomings.