Climate Migration in a Warming World: Preparing for a New Global Phenomenon 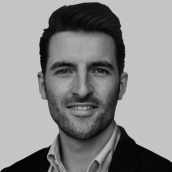 In what promises to be an enormous upheaval and a global trend that affects all corners of the world, the large-scale movement of people fleeing the effects of climate change is soon to be upon us all.

More people will be forced to move

According to the Internal Displacement Monitoring Centre, an international non-profit, 21.6 million people were forcibly displaced in 2021 by weather-related events such as floods, storms, wildfires, droughts, and extreme temperatures. As global temperatures rise and extreme weather events become more common in our changing climate, the number of people forced to flee is expected to increase dramatically.

Estimates vary on what the true number may be. The World Bank has estimated that over 200 million people could have no choice but to move within their own countries by 2050 if significant action is not taken on climate change. The Institute for Economics and Peace, an Australian-based think tank, has indicated that as many as 1.2 billion people could be displaced globally by 2050 due to the effects of climate change.

This mass movement is a trend that the international community will need to prepare for and address by providing greater support to those affected, readying the regions that people are likely to move to, and taking aggressive action to limit further climate change. Expected trends include large populations being forced to move to their nearest cities (for example, where agricultural lands can no longer support them) and significant movement across borders and continents, especially towards areas with more tolerable climatic conditions such as nations in the northern hemisphere.

A century of climate migration

The 21st century has been dubbed ‘the century of climate migration’, while climate migrants have been referred to as ‘the human face of climate change’. There will need to be new legal protections in place for people fleeing the effects of climate change and greater flows of finance to support the communities at risk of displacement and those who are ultimately uprooted.

As a rule of thumb, the slower the international community is to act on the issues our climate faces, the greater the number of people who will be displaced. The essential action needed includes mitigating further climate change by ending the use of fossil fuels and greenhouse gas-producing activities, and rolling out wide-scale adaptation measures, especially in the most environmentally vulnerable and fragile regions of the world.

Not only are extreme weather events making livelihoods in vulnerable regions more precarious, but rising sea levels and environmental changes resulting from rising global temperatures are also contributing to the issue. When ecosystems become damaged, humans can no longer rely on them to consistently provide sustenance and shelter and people may be forced to move, whether temporarily or permanently. Such movement is commonly a last resort. As the international community looks to increase support for those most affected by climate change, focusing on countries least likely to cope with extreme ecological shocks will be particularly important.

At the 2022 UN climate summit, COP27, held in November, an important deal was struck involving rich countries paying poorer nations for the damage and economic losses caused by climate change. This agreement will cover climate impacts such as flooding and drought, with a fund available for the rescue and rebuilding of vulnerable areas hit by climate-related disasters. This move will likely be a positive step towards the effort to avert and minimize climate displacement.

Despite this success, COP27 fell short of a formal commitment between the world’s nations to phase down or reduce the use of fossil fuels. At the negotiations, some countries pushed to weaken the ambition to rapidly cut greenhouse gas emissions. This pushback comes at a time when ambitious pathways for addressing climate change seem to be slipping away. In October 2022, a UN report concluded that there was no credible pathway in place for limiting global temperature rise to 1.5° C and that only an urgent system-wide transformation can avoid climate disaster. This will include no new fossil fuel infrastructure, changing our transportation systems, and changing what we eat.

The report instead found that the world is currently on track for 2.8° C warming by the end of the century, based on policies currently in place. Such a temperature rise would bring catastrophic environmental and weather-related consequences around the globe.

The situation is made even more challenging by the abundance of fossil fuel reserves worldwide and the continued investment in this industry. In September 2022, the London-based think tank Carbon Tracker released a new Global Registry of Fossil Fuels that found that we have over seven times the amount of fossil fuel we can afford to burn if we are to remain within the 1.5° C carbon budget.

As we look for leading voices and a moral compass on how to act in charting a pathway ahead, UN Secretary-General António Guterres has said that the world must prioritize climate action or face catastrophe. A massive leap will be needed in collective international commitments to reduce emissions if we are to guard ourselves against the worst impacts of climate change. This leap in ambition will need to be led by the world’s largest economies, who are also the biggest emitters and have the most tools at their disposal to act against this global phenomenon.