The Concept of World Citizenship — From Antiquity to the 21st Century 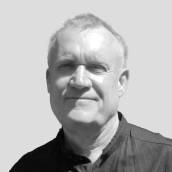 Scott Leckie is the Director and Founder of Oneness World Foundation.

In a world increasingly characterized by growing division, inequality, and the rising sentiments of nationalism and declining democracy, it may seem a strange historical period in which to urge the discussion of ‘world citizenship’. However, it is precisely during such disruptive periods as today’s that a global conversation on this still-controversial ideal is something people everywhere need to engage in, for within it may exist the seeds of a far more stable, prosperous, and equitable world.

It's not as if the concept of world citizenship is new, for it dates back at least to ancient Greece. The classical philosopher Socrates is said to have proclaimed almost 2,500 years ago that "I am not an Athenian or a Greek, but a citizen of the world." Since then, a wide range of important historical figures have asserted precisely the same thing. German philosopher Immanuel Kant proposed world citizenship as a core principle in his quest for ‘perpetual peace’ in the 1700s. Even US president Woodrow Wilson famously asserted in the immediate aftermath of the First World War, "We are citizens of the world. The tragedy of our times is that we do not know this" — a sentiment not far off from where we find ourselves today, a full century later. More recently, international legal scholar Philippe Sands said, "That's what the 1945 moment said, that we are citizens of the world. We should have beyond our national passports, a global passport”.

More frequently than these and the countless other pleas for a shared citizenship between all of us, however, we hear sentiments opposing such quests, such as that of former British Prime Minister Teresa May in May 2016 when she quipped, "If you believe you are a citizen of the world, you are a citizen of nowhere". It is easy to see why such suspicions could emerge, with many wondering how anyone could possibly want to pursue the idea that everyone, everywhere holds the same citizenship as they do. People might fearfully ask, "How could sovereignty survive on a planet of world citizens?" "How could the global economy possibly afford to grant everyone the same rights in a world of eight billion people where the median net worth hovers around USD 7,000?"

The expansion of citizenship

Indeed, getting there will not be easy, but it may not be the impossible dream so many still believe it to be. Any individual's own embrace of world citizenship often stems from the life experience, background, and often the mindset of those holding these evolved views. There are unquestionably more people alive today with sentiments supporting world citizenship than ever before. Many who have yet to be convinced wrongly see world citizenship as automatically implying a loss of citizenship rather than what it actually is, namely, an expansion of it from the local to the global.

It took comparatively advantaged Europe hundreds and hundreds of years of conflict to reach the conclusion that unity and engagement would be better than war and deprivation, and it has largely served this population well. In fact, while far from perfect, the mere emergence of the EU and all that it entails, including passports reflecting their holder’s Europeaness as much as their nationality, are significant steps showing that we might not be as far from creating a world citizen status in coming years as we think.

The present generation, however, finds itself in a completely different position than the centuries during which Europe's nations fought over and over again, often for nothing more than a national pride or some deluded sense of superiority or cultural greatness. Globalization, technological and data advances, the frequency of travel and migration, developments in international law, the ever-strengthening worldwide coalition in place to fight climate change, and so many other areas point to the fact that instituting a system enabling legal world citizenship status (perhaps beginning with all new births) is not only something that is possible but also something that can potentially, if carried out carefully and correctly, greatly improve the circumstances of life for global society as a whole. Through the process of allowing world citizenship, we may thus have at our hands the ultimate antidote to nationalism and the worsening bifurcation of our species into greater divisions of ‘us’ versus ‘them’.

A quest for world-centric consciousness

Encouraging this added layer of identity — a sense of planetary citizenship — is of fundamental importance for peaceful relations between nations as well as between ethnic and religious groups. After all, lest we forget that Albert Einstein, one of the smartest humans to ever live, had it right when he so famously posited, "Nationalism is an infantile disease. It is the measles of mankind." To those hundreds of millions of us, or perhaps even more, who have already embraced the world citizen that resides in us all, or at least those of us who have had fleeting glimpses of this, the leap from national citizen to citizen of the planet is as simple as it is obvious. The reason for this easy shift is that everything points us towards world-centric consciousness from where backward steps are simply impossible. Getting there for the human race as a whole remains the ultimate quest.

Virtually every element of society has changed dramatically since the beginning of the Westphalian sovereignty model of 1648; everything, that is, but the nation state and the powers and rights that emerge from them. The fields of banking, chemistry, physics, sport, entertainment, tourism, and every single other field have changed beyond recognition, but politics has not. When we soberly step back and contemplate the immensity of the global crises confronting all of us — climate change, mass extinction, unsustainable debt, nuclear weapons, conflicts, unprecedented levels of displacement, growing slums, and so many more — many believe that we need to facilitate the emergence of a new global culture based on our shared humanity, a new and ever-expanding global democracy and a new relationship with nature where levels of universal satisfaction, contentment, and happiness reach new levels never before seen. As world citizens, we can do this. As nationals of fictional administrative units called nation states, it is certain that we cannot.