Global Cities and Private, Self-governed Communities Will Shape Our Future 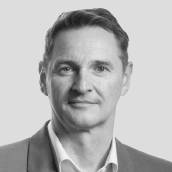 Dr. Titus Gebel is a Member of the Andan Foundation’s Advisory Committee and the Founder and President of the Free Cities Foundation.

Global Cities are autonomous, self-governed, subnational entities that provide a safe environment and rule of law for their residents — but they also present a unique opportunity to solve the refugee crisis. Global Cities can create wealth and prosperity for their residents as well as the nations hosting them. The many special economic zones in existence worldwide demonstrate the willingness of countries to take this path.

From both a humanitarian as well as an economic perspective, it makes no sense for refugees to live in camps for several years. Imagine if millions of displaced persons could instead contribute to their own and societies’ wellbeing and productivity. A Global City presents a new safe harbor, a place where all residents enjoy the opportunity to live, work, study, create, start businesses, and build new lives for themselves and their families. But how do we convince people to establish such cities? State governments are more likely to surrender some of their power if they can expect significant enough benefits in return. Such benefits include job creation, attracting foreign investment, and a percentage of profits generated by the operator.

What exactly is a Global City?

The underlying concept of a Global City stems from the concept of a Free Private City, sometimes also called an International City. I use Global City to refer to these ideas collectively. Technically speaking, a Global City is a kind of special administrative region within a country, run by a private company that operates the city as a ‘public service provider’. The establishment of a Global City requires a contractual agreement between the operating company and the state government. In this agreement, the host nation grants the operator the right to establish a city in a defined territory, in accordance with the country's specific political and legal requirements, including compliance with international agreements.

In a Global City, all residents receive a written ‘citizens contract’ from the operating company, which guarantees their mutual rights and obligations. This includes the services to be provided by the operator and the modest fees to be paid, as well as the applicable rules and the inalienable rights of the residents. Newcomers with no financial means could be subsidized by the city for an initial period, which can help to facilitate successful refugee assimilation into the city. Disputes over the content and interpretation of the citizens contract can be taken before independent courts for arbitration. Importantly, participation is purely voluntary and can be terminated by the resident at any time.

Since a Global City has the right to create much of its own legal framework, best practices in administration and governance can be introduced from around the world — including unique immigration policies. By employing judges, arbitrators, and administrative and security personnel from internationally recognized institutions, a Global City can build trust in its residents, investors, and businesses from day one. As experience from successful special economic zones shows, the company chosen as city operator could be quite profitable, predominantly thanks to land transactions.

As a private entity, a Global City can avoid traditional political instabilities that arise through regime changes. In the event of an election victory, the winner might favor their cronies or install a regime that endangers the stability of the country or drives away foreign investment. This would not affect a Global City, since its nature as a private enterprise precludes the emergence of political or religious conflicts in the first place. The same is true for the absence of ‘family obligations’, which can put pressure on public officers in cases where the applicants are their relatives. And because the operating company is an international endeavor with employees and owners from all over the world, neo-colonialism would not be a concern.

Under the private structure, the contractual and human rights of the inhabitants are guaranteed. This is because all actions of the private administration are subject to contractual agreements, which can also be reviewed by independent courts. In addition, it is conceivable that the host nation, other protective powers, and the residents themselves could send delegates to a public inspection commission to ensure that the operator also complies with the rights guaranteed by the citizens contract.

In addition to respecting fundamental human rights, it is important that the legal position guaranteed under the citizens contract and the corresponding obligations are not unilaterally changed to the detriment of the residents. Due to the system itself, economic development, security, and stability take precedence over political participation. The latter can be introduced in a second phase, say after ten years, with the residents then being able to choose the city manager or mayor. The citizenry may also demand a referendum on certain issues.

There is every reason to believe that such communities will grow and prosper through guaranteed security, commitment to the vigorous enforcement of law and contract, personal and economic freedom, and keeping political and religious conflicts at bay. At the end of the day, people will gravitate to where they can flourish.