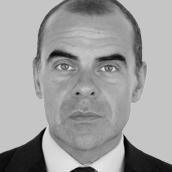 Prof. Dr. Khalid Koser is Executive Director of the Global Community Engagement and Resilience Fund (GCERF) and Member of the Governing Board of the Andan Foundation. He is currently Professor of Conflict, Peace, and Security at the University of Maastricht and chairs the Board of Trustees for Raleigh International.

Boosted by the massive exodus of at least seven million people from Ukraine, the global refugee population is at an historic high of about 30 million. But in contrast with Ukrainians, many of whom have since returned home, most refugees in the world are trapped. This displacement is unacceptable for humanitarian reasons, but also has political, economic, and social significance that far outweighs the numbers. There are three traditional durable solutions for refugees, and today none of them is working.

The optimum solution is for refugees to return to their homes via voluntary repatriation. Ukraine is an unusual case because many people left in anticipation that their home areas would be invaded, but the Russian advance has quickly — and it seems permanently — stalled in Eastern Ukraine, and many people have been able to go home in relative safety. For most other refugees, this has not proven possible, in some cases because their entire countries have been impacted by conflict or crisis, in others because they are a persecuted minority and would not be safe anywhere within reach of the respective government.

A second solution is local integration, where refugees settle and eventually receive citizenship in a host country through naturalization. This solution was common in sub-Saharan Africa in the 1960s and 1970s, more recently in Europe during the 1990s Balkan Wars, and in Germany in response to the Syrian exodus in the middle of the last decade. The German response to the Syrian refugee crisis was exceptional. Very few other European states have granted permanent legal status to significant numbers of Syrians or other refugees in recent years, for reasons ranging from concerns about the availability of work during a period of austerity and recession, to the rise of populism and nationalism in politics, to outright prejudice. Broadly, the same reasons are also used to deny refugees citizenship in the Global South, where the majority are found.

The third solution is to resettle refugees from temporary camps to other countries that offer permanent residence, known as ‘third country resettlement’. The USA has resumed refugee resettlement after it was stopped under the Trump administration. And while other countries such as Australia, Canada, and New Zealand also resettle refugees, the total number covered each year is rarely more than 100,000.

The most obvious impact of the failure of traditional durable solutions is that more and more refugees find themselves in limbo for decades — in camps or often settled informally in cities. Exclusion and dependency result in increasing rates of depression, suicide, drug abuse, and domestic violence. The enormous potential of resourceful and often skilled people is lost both to the countries where they are encamped and unable to work, and to their home countries. Refugees are usually excluded from the political process at home, which undermines democracy there, and their absence often reduces diversity and stiffens extremism. Their plight is also a symbol of a significant failure of international solidarity: if we can’t find solutions for 30 million people, what hope is there of coming together to tackle the poverty and inequality that impacts billions?

One response to this impasse is simply to accept it and to continue spending hundreds of billions of dollars, effectively keeping tens of millions of people on life support. More than its moral emptiness, what may make this impractical is the prospect that in the next 20–30 years, there will likely be hundreds of millions more refugees worldwide as a result of the effects of climate change. There will come a tipping point when displaced persons cannot simply be warehoused and forgotten.

Another solution is to try to invigorate the traditional durable solutions. Refugees will only go home when they think they can be safe and build a future there, and these seem like very distant prospects in countries like Afghanistan, Eritrea, Syria, and Venezuela, which between them account for well over half of the world’s refugees. If these crises could be resolved, the refugee crisis in turn could be significantly diminished. In the meantime, it seems unlikely that most states will reverse their attitudes towards refugees and integrate or resettle them at the scale required.

A global city may be the durable solution refugees need

An alternative is to try to find a new durable solution. One idea that is gaining traction is establishing a ‘global refugee city’. The principle is very exciting — bringing together the potential of a youthful population that by virtue of its experience is adventurous and resilient, to generate a new hub of commerce and cosmopolitanism, determination, diversity, and entrepreneurialism. The practical and political challenges are incredibly daunting if the idea is genuinely to develop a brand-new global refugee city. But nothing less will do.

The Andan Foundation, where I am a trustee, is systematically working through these challenges, mobilizing the capacity, generating political will, and lining up the resources to establish a global refugee city. Either the world waits while people living as refugees waste, or we come together to do something bold and decisive.