Pockets of Opportunity amid a Gloomy Economic Outlook for the Continent 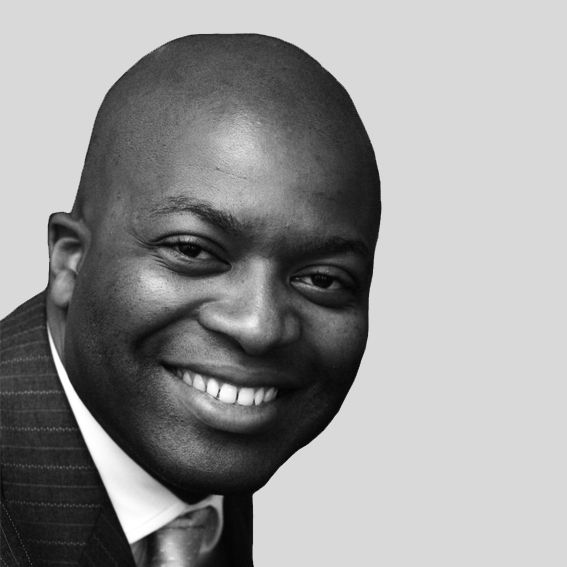 Justice Malala is the author of The Plot To Save South Africa: The Week Mandela Averted Civil War and Forged a New Nation. He is an award-winning journalist, television host, political commentator, and newspaper columnist. Malala’s work has been published in the Financial Times, Washington Post, The Guardian, and many others.

Like the rest of the world, Africa’s economic outlook for 2023 is gloomier than anticipated, and this will impact mobility and migration trends for the year. There are, however, pockets of opportunity which, if exploited by political and business leaders, augur well for steady improvement in passport power and mobility on the continent.

Politicians from the Global North kept Africa’s flight controllers extremely busy in 2022. Russian Foreign Minister Sergei Lavrov came on a four-nation tour in July. Days later, US Secretary of State Antony Blinken flew in for his own multi-country visit. Meanwhile, French President Emmanuel Macron came on a three-nation visit. US President Joe Biden, on the other hand, has promised that he will be visiting the continent “soon”. Africa has never been this popular among global leaders. It is being wooed by China, Russia, the USA, and the rest. Yet, despite this political love fest, African passport power in 2023 is unlikely to increase significantly and African travel to the Global North will most likely remain constrained by restrictive and punitive visa rules.

European Commission President Ursula von der Leyen visited Senegal (which held the African Union chairpersonship for 2022) in February last year and said, “our two Unions share the same vision: to create a common area of stability and prosperity”. Yet, nine months later in November 2022, the EU Commission introduced visa measures making it virtually impossible for Senegalese and The Gambia’s passport holders to enter the EU.

That said, after the two turbulent years of Covid-19 restrictions that gave rise to African leaders accusing the Global North of “vaccine apartheid” and “discriminatory” travel bans, things are looking up for the continent in ways that bode well for long-term intra-African and international mobility. For one, after nearly three years of international travel restrictions, China (Africa’s biggest trading partner) reopened sea and land crossings with Hong Kong and ended a requirement for incoming travelers to quarantine, dismantling a final pillar of a zero-COVID policy that virtually cut them off from the rest of the world. This move is important because bilateral trade between China and Africa — which rose by 35% in 2021 from the previous year to USD 254 billion — depends on open skies and borders.

Major drivers of outward migration from the continent are “economic strife, insecurity, corruption, political intolerance, unreliable internet, and poor education systems,” according to the 2022 Africa Youth Survey. Some of these challenges are being addressed. On the security front, the non-governmental organization ReliefWeb says, “progress in advancing peace, stability and growth is evident across the continent,” with armed conflicts decreasing, while democratic elections are on the increase. Meanwhile, political uncertainty about Nigeria and South Africa is likely to ease after South African President Cyril Ramaphosa won the internal party elections in December 2022 and Nigeria holds elections on 25 February 2023. This news is encouraging for post-pandemic business and leisure “revenge travel”, with a visible increase in tourism numbers.

Economic growth plateaus but intracontinental migration moves ahead, with challenges

The economic growth that is so necessary for job creation in Africa will not be spectacular in a post-pandemic context, but the sky is not falling in either. The latest IMF Regional Economic Outlook indicated that growth in sub-Saharan Africa would slow to 3.6% in 2022 and remain subdued at 3.7% in 2023. Africa needs faster growth, but what is encouraging is that the Africa Continental Free Trade Area (AfCFTA) agreement, which aims to facilitate and increase trade across Africa, is being implemented. In October 2022, 21 months after it was acceded to by the continent’s leaders, Kenya shipped its first batches of locally made car batteries and tea to Ghana at reduced tariffs with the aim of eliminating these taxes completely over time.

What we are seeing is African migration characterized by movements within the continent rather than the popularly held belief that migration is towards Europe and other parts of the Global North. However, some countries, particularly the economic engines of the continent, are clamping down on such movement as xenophobic incidents increase and populist politicians exploit these sentiments.

South Africa, for example, plans to end most special permits for foreign nationals as it revamps its immigration policies to manage a perceived influx of economic migrants. Nigeria, the continent’s largest economy, is doing the same in its Bayelsa state and other parts. Illegal immigration is obviously a huge concern, but a dangerous turn towards xenophobia is something political leaders would do well to nip in the bud swiftly.

African governments will be pleased that Russian President Vladimir Putin has ordered his ministers to immediately allow visa-free tourism, business, educational, sports, and cultural travel to the country. At the same time, the frustrating and lengthy Europe’s Schengen Area visa process endured by millions of African visitors to Europe is set to go completely online in the next few years. Africans who have endured the sometimes hostile and expensive process of applying for these visas will hope that the system is vastly improved.