The Impact of Passports on Financial Freedom 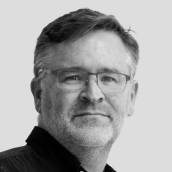 Jeff D. Opdyke is a financial writer, a global investment expert for International Living, and an author.

We don’t often think about passports in a financial sense. We generally use them for crossing borders on holiday and business trips, to gain citizenship rights in a new country after marrying a foreign national, or we pursue them as plan B instruments just in case life at home devolves and we need an ‘out’ that legally allows us to live and work in another nation. But passports also represent financial opportunity.

Unpacking the economic benefits and disadvantages of passports

To Uncle Sam, I (and other US citizens like me) must be a scofflaw. Why else would we need to open a bank or brokerage account outside American borders and move our money out of the US financial system? The result: A loss of financial freedom, thanks to something known as the Foreign Account Tax Compliance Act, or FATCA — a 2010 law in which the US Government strong-arms financial institutions all over the world into dropping a dime on Americans who own any type of local financial account. The rule (wrongly) assumes foreign financial account holders are likely trying to evade taxes, when the reality is that most of us either live overseas and need foreign accounts to manage daily living, or we’re investing overseas for greater investment opportunities.

Like so many laws, however, FATCA has had unintended consequences, the primary one being that foreign financial institutions are mired in so much red tape when dealing with Yanks that their default stance with potential American clients now is “Just say no.” Indeed, just a few years ago, the US Ambassador to Switzerland was basically begging Swiss banks to accept American clients again because US citizens living in Switzerland were being shut out of the country's banking system.

This situation is a marked change from before FATCA, when I was able to easily — and without much questioning — open financial accounts around the world. And all of these observations get to a much larger point: The power of a passport to grant access to greater financial freedom.

Where a Portuguese passport, for instance, allows unfettered access to banking and investing options across the 27 member states of the EU, and a US passport doesn’t, then it’s clear that the American passport holder has less financial freedom. That interplay impacts on investment and entrepreneurial opportunities, meaning less access to those benefits globally.

This dynamic is one of the reasons that savvy high-net-worth investors — and even so-called mass affluent investors with just a few million dollars in liquid assets — are increasingly seeking out citizenship by investment programs that come packaged with a local passport when making certain investments in particular countries.

How does one measure a passport in financial terms?

Henley & Partners has compiled some compelling research in this area that puts a number to the idea of ‘passport power’. Henley Passport Power ranks passports on their ability to reach the broadest swath of the global economy possible, visa-free.

Russia offers a good example of why any of this is relevant. Let’s skip the very real and largescale impacts of war for a moment and focus instead on the fact that in normal time, a Russian passport can reach nearly 52% of the global economy visa-free. Not so bad, comparatively speaking.

However, the passport holder can travel to just 118 countries visa-free, ranking the Russian passport 49th in the world. Moreover, many of the countries that Russians cannot reach visa-free are some of the world’s most important economies, namely Japan, most of Europe, and the USA.

This limited access, in turn, explains one of the reasons Russians have been eager participants in citizenship by investment programs globally over the last couple of decades. They rightly recognize that a stronger passport isn’t about just greater freedom of movement but also greater financial freedoms in terms of the investment and entrepreneurial opportunities that they would otherwise miss out on by owning a Russian passport alone.

On the flip side is Japan, which boasts a passport that reaches 85% of the global economy through visa-free or visa-on-arrival travel to 193 nations — the single best passport one could own in terms of the access it allows its holder. Alas, Japan offers no residence or citizenship by investment program, nor does it allow for dual citizenship.

Between those Russian and Japanese bookends are a plethora of countries that fall somewhere in the middle. And in the middle is where opportunities lie.

For my money, two passports in particular stand out when it comes to citizenship acquisition: Malta and St. Kitts and Nevis.

A Maltese passport reaches 70% of the global economy, by way of visa-free or visa-on-arrival travel to 185 destinations. That access ranks Malta’s as one of the top eight passports in the world according to the Henley Passport Index.

A St. Kitts and Nevis passport, meanwhile, offers access to only 38% of the global economy but facilitates visa-free or visa-on-arrival travel to 157 destinations — ranking the passport a respectable 26th globally.

However, each of these passports plays to a different personal desire. As a European country, Malta offers its citizens all the legal and civil protections afforded by the region. Furthermore, for anyone desiring the ability to move broadly about Europe visa-free for more than a 90-tourist visa allows in Europe’s Schengen Area, Malta is hard to beat. But the country’s citizenship process does come with a fairly hefty investment requirement: EUR 738,000, or about USD 780,000.

St. Kitts and Nevis, on the other hand, is a solid choice for those who simply want to invest in a quality, lower-cost passport that holds otherwise respectable passport power. The program comes with a contribution of USD 125,000, one of the least expensive options. And because the two-island nation is a member of the Commonwealth, passport holders are entitled to certain benefits in the UK and other Commonwealth nations. However, citizens don’t have the freedom to live and work anywhere in Europe, a big drawcard for a lot of second passport seekers.

In our “flat world” these days, where financial opportunities know no borders, an alternative passport from countries such as Malta, St. Kitts and Nevis, and numerous others is all about the power it possesses to bring its holder increased financial freedom.