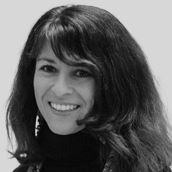 Dr. Leila Hadj Abdou is a lecturer in the Department of Political Science at the University of Vienna, Austria and a Part-time Assistant Professor at the Migration Policy Centre at the European University Institute in Italy.

Europe had hardly emerged from the Covid-19 pandemic when it was hit by another crisis with significant effects on migration and mobility: the Russian invasion of Ukraine. Despite this continued hardship, Europe is forging ahead to build sustainable infrastructure and restore mobility in the region.

During the height of the Covid-19 pandemic, international migration and mobility was significantly curbed overall as a result of pervasive mobility limitations, but the abandonment of these restrictions re-animated mobility significantly. In 2022, the number of flights recorded by the European Aviation Network reached 83% of pre-pandemic levels in 2019, with regional variations. Intra-European traffic was 14% below 2019 levels, flows with China dropped by 69%, and those in the Middle East fell by 5%. In contrast to other types of flights, business flights even reached levels above those of 2019 as many professionals are tired of online meetings and have an increased appetite for in-person gatherings.

International mobility by train also has great potential to grow further. In light of climate change, the EU is continuing to invest in railway systems, especially high-speed trains. However, major technical and operational barriers between European countries continue to exist, and for now still limit the full potential of cross-border rail. Overall, mobility has been growing again and returning to pre-pandemic levels. Some major risks to a full mobility rebound include ongoing inflation and the soaring energy prices, which are at the very least likely to delay recovery.

The rise of the refugee crisis

In contrast to mobility across international borders, intranational migration has been much less frequent. In relation to the population migration, stocks have also been relatively stable across time in Europe. Towards the end of 2022, the region witnessed anew a rise in asylum-seeking migration, a trend that is likely to continue in 2023.

Most notably, the war in Ukraine led to the displacement of millions of people, and hence an increase in refugee migration in Europe. In early December 2022, the United Nations High Commissioner for Refugees had recorded 7,832,493 Ukrainian refugees across Europe, of which 61% (4,805,531) were registered for protection schemes in Europe. Given that there is no end to the war in sight, Ukrainian refugees will be a lasting concern, even if numbers of refugee flows have significantly decreased compared to the spring 2022 levels. The challenge in 2023 for Ukrainian refugees is especially in terms of housing and their integration prospects in host countries, as return chances for a significant number of persons decrease over time. Governments need to tackle the long-term negative effects of forced migration, such as de-qualification.

Asylum applications from other developing countries had also been rising again in the last few months of 2022. In September 2022, the EU member states Norway and Switzerland had received about 98,000 asylum applications, the most in six years since the 2015–2016 refugee crisis. Syrians became the largest applicant group, as the country is facing the worst economic and humanitarian crisis since the start of the conflict in 2011. Asylum applications from other nations, including Bangladesh, Georgia, India, Morocco, and Tunisia have also been growing. EU member states point the finger here at Serbia's visa-waiver policy, which — in light of pressure by the EU — might be tightened again.

The EU is ill-prepared for the rise in asylum seekers, and as a result of the existing policy framework, solidarity across member states (and in federalist systems within member states) continues to be lacking. Many governments in the EU are unwilling to provide sustainable solutions to rising asylum applications, such as the coordination of legal migration pathways. Asylum seekers housed in tents in harsh wintery weather conditions — as has been lately the case in Austria — emphasize the ongoing humanitarian and policy challenge of asylum-seeking migration in Europe.

Many of the asylees that arrived in Europe during the 2015–2016 crisis are reaching the eligibility time frame for citizenship in their respective countries of reception, and we can expect naturalization rates to increase in the upcoming months and years.

Labor migration and the mobility of workforce continue to be important issues on the agenda for 2023. Europe’s working-age population is shrinking, and this will be a continuous challenge. Institutions such as the German Institute for Employment Research regularly point out the need for migration in order to fill labor shortages — from software engineers to physiotherapists.

The increase of Europe’s elderly population in need of care, combined with the decimating effect of the pandemic on the number of people willing to work in the healthcare sector, has created a dramatic shortfall of workers in this industry, an issue that remains unsolved. Training healthcare professionals, especially medical doctors, takes many years. Hence, demand for labor cannot be met in the short- and mid-term with the investment in training of domestic workforce alone.