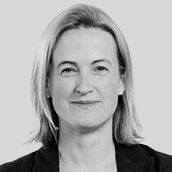 Dr. Hannah White OBE is Director of the Institute for Government in London.

Migration to the UK is being shaped by a unique combination of circumstances including the aftermath of the Covid-19 pandemic, changes in post-Brexit migration policy, and international events including political repression in Hong Kong and the Russian invasion of Ukraine.

Contrary to forecasts in 2021, net migration to the UK reached its highest ever level of 504,000 in the year to June 2022. This rise is despite the introduction of post-Brexit restrictions on the freedom of movement of EU citizens. Specific schemes designed to facilitate the arrival of Ukrainians and Hongkongers, combined with a spike in numbers of international students arriving to study in the UK and asylum applications at their highest level in 20 years, have contributed to the jump in numbers of over 331,000 in a single year. However, these drivers of increased immigration are unlikely to be sustained, and the numbers of migrants from these sources are expected to drop in 2023.

Post-Brexit, the UK’s immigration system was liberalized for non-EU migrants. In June 2022, the number of visas granted to foreign nationals to live, work, or study in the UK exceeded one million for the first time, with the majority of those arriving in the UK (704,000) coming from outside the EU under a new points-based immigration system. This number included 89,000 Ukrainians (of 190,000 visas granted), 76,000 Hongkongers, and 21,000 Afghans arriving on humanitarian or specific temporary schemes. Meanwhile, net immigration of EU citizens to the UK was negative — around half of the 506,000 departing from the UK in 2022 (275,000) — were returning to the EU, leading to an overall drop of 51,000.

Of those arriving in the UK, 277,000 were coming to study, many being overseas students returning to their courses after studying remotely during the pandemic or taking advantage of a new graduate visa route that allows students to apply to work in the UK for three years after they finish their degree. Indians have overtaken Chinese as the largest number of foreign students arriving in the UK, with a significant rise in Nigerian students.

Elected in 2019 on a manifesto of “getting Brexit done” and reducing immigration to the UK, the ruling Conservative Party chose Rishi Sunak as its third Prime Minister of the year in October 2022. Sunak has pledged to bring down immigration, with a focus on reducing the numbers of international students, announcing policies on restricting students’ dependents and ‘low-quality degrees’.

The Home Secretary Suella Braverman, who is from the right of the Conservative Party, promised in September 2022 to reduce net migration to “tens of thousands” — echoing an unfulfilled promise made by previous Conservative Party prime ministers. Her focus has been on reducing the number of ‘small boat’ illegal crossings of the Channel, which had reached 38,000 by the end of October 2022, with a notable rise in the number of Albanians arriving by this route. Together with a drop in the efficiency of processing, arrivals on small boats have contributed to a significant backlog in asylum decisions: 143,377 asylum applications were awaiting an initial decision at the end of September 2022, up 217% from 45,255 in September 2019, with over half of applicants waiting over six months for a decision.

It remains to be seen how the new government will balance its manifesto commitment to reduce migration against pressures within the economy. Labor shortages appear to have been created by a combination of high vacancies and low unemployment — a feature common to several other countries in the wake of the pandemic — as well as unattractive pay or labor conditions in some low-wage industries, and the end of free movement post-Brexit. EU migration to the UK had already dropped during the Covid-19 pandemic, but the introduction of visa requirements for EU citizens who had previously been able to work in any job has contributed to the tightening of the labor market.

In the face of severe public service backlogs, exacerbated by the pandemic, departures of skilled EU migrants have heightened workforce problems, although a government target of recruiting 50,000 extra nurses has helped drive a rise in work visas for the health and social care sectors. Meanwhile, low-wage sectors such as hospitality and agriculture that used to be reliant on EU workers have struggled to recruit, increasing pressure on ministers to increase quotas for low-skilled workers. But given unexpectedly high net migration figures and the political salience of immigration, the government seems unlikely to loosen controls.