Buckle Up for Another Turbulent Year 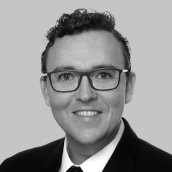 Dominic Volek is Group Head of Private Clients and a Member of the Executive Committee of Henley & Partners.

Instability reigns supreme as the twenties keep roaring in unexpected ways. The past two years have seen two big Cs driving interest in investment migration: Covid and climate change. In 2022 a third C has confronted us: conflict in Europe. Just as the Omicron wave began to recede, we experienced new heights of uncertainty when Russia–Ukraine tensions escalated into war. February ended with the Intergovernmental Panel on Climate Change issuing its starkest warning yet on impending climate breakdown. And in March, US President Joe Biden released a highly anticipated executive order on cryptocurrency and how it will be regulated in the US. All these events are deeply impacting the lives of people across the globe in multiple ways, including their mobility and economic activity. Yet amid the constant insecurity one thing is very clear — governments and investors alike must focus on building resilience and prepare for the next shock. And one proven means of doing so is via investment migration, whereby investors acquire and secure an alternative residence or second citizenship in a different jurisdiction in return for investing in a host country. Last year was a record-breaking year all around for Henley & Partners, in which we assisted clients representing 79 different nationalities.

Today, residence and citizenship by investment are accepted wealth management tools. The range of programs is steadily increasing as governments tap into their capital- and talent-boosting potential. Nineteen of the G20 nations offer some form of mechanism to encourage inward investment in exchange for residence rights. The 20th G20 member is the EU, and 60% of EU member states offer investment migration options.

Looking at the exclusive New World Wealth data in this inaugural Henley Global Citizens Report, it is no coincidence that each of the ten wealthiest countries in the world by ‘total wealth’ (the W10) has legislation in place granting residence rights to foreign investors — and five host formal investment migration programs. These countries are important investment migration markets in terms of both supply, thanks to their attractive and successful programs, and demand, due to their significant and growing populations of affluent investors. For our purposes ‘total wealth’ refers to the private wealth held by all the individuals living in each country. It includes all their assets (property, cash, equities, business interests) less any liabilities.

The top three countries worldwide in terms of total wealth are the USA, China, and Japan. The USA is the largest wealth market in the world by some margin, accounting for 32% of total global wealth and 36% of the world’s millionaires (high-net-worth-individuals). The total private wealth held in the country currently amounts to USD 68.8 trillion. The USA also experienced the greatest high-net-worth population growth of the world’s 10 wealthiest countries by ‘total wealth’ (the W10) last year, at 10%.

China, although 2nd, has only a third of the USA’s wealth at USD 23.3 trillion, and its high-net-worth population grew by a relatively low 4%. There has been a significant outflow of high-net-worth individuals from China, largely due to deteriorating political and trade relations with the USA and Australia, and controversy surrounding the outbreak of Covid-19. Yet changes are expected as the USA’s 10-year high-net-worth growth forecast is 20% compared to China’s 50%.

Japan, hot on China’s heels, is 3rd with total wealth of USD 20.1 trillion. Japanese investors have benefited from almost a decade of Abenomics — a range of stimulus policies that boosted stocks and led to a surge in demand for luxury goods. While Japan’s high-net-worth population grew by just 3% last year, its 10-year forecast growth is a healthy 30%.

Special mentions for Australia and India

Perhaps the biggest standout in the W10 is Australia, punching above its weight in 7th place with total wealth of USD 6.4 trillion. Its ranking is driven by its very high wealth per capita levels – the average Australian is worth over USD 250,000 — well above the rest of the W10. The only countries with higher wealth per capita levels are Monaco, Luxembourg, and Switzerland.

India’s 4th-place ranking and total wealth of USD 8.9 trillion is also notable as it places the country ahead of major economies such as Germany and the UK. India has been steadily moving up the W10 over the past decade and it is expected to overtake Japan before 2040.

No doubt linked to India’s impressive wealth growth trajectory, Indian nationals topped the charts for enquiries Henley & Partners received in 2021 by a significant margin, reflecting remarkable growth of 54% compared to 2020 — a year which itself saw 63% growth. The second-highest level of enquiries came from US citizens, with growth of 26%. The preceding year was also a stand-out year for US enquiries, with growth of 208%. The next three nationalities in terms of enquiries we received were Russians, Brits, and South Africans, with growth of 375%, 110%, and 38%, respectively.

The remaining nationalities in our top 10 for enquiries in 2021 all hail from the global south apart from Canada, in 9th spot, which saw astonishing growth of 86%. In 2022 we are seeing very similar trends, with early signs of exceeding last year’s stellar growth. The combination of W10 and developing economies that make up the top 10 reflects the universal appeal for investment migration due to its multiple purposes for affluent families, ranging from domicile diversification, to global mobility enhancement, to having a plan B in times of turmoil.

The Year of the Water Tiger commenced in February, and if the first three months are anything to go by, 2022 will be year of great turbulence. The tiger is a symbol of courage for those who celebrate Lunar New Year, and Prof. Jonathan H.X. Lee of San Francisco State University was right on the mark when he said that the new year could symbolize resilience and strength — even in times of struggle. No matter where you are located, we urge wealthy investors to buckle up and brace themselves and their families for what might lie ahead via investment migration.