Despite South Africa’s Wealth Growth, Wealth Outflows Are on the Rise 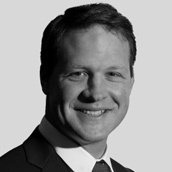 Giles Maynard is a Senior Financial Advisor and Regional Manager at Carrick Wealth. A sought-after investment specialist, he assists those wanting to explore both local and offshore investment opportunities.

Wealth growth and wealth migration have both been increasing over the past 20 years in South Africa. The South African Reserve Bank data depicted in Figure 1 paints a sobering picture, however, revealing that just over ZAR 100 billion has been moved offshore in 2021 alone — a considerable sum of money by anyone’s standards. 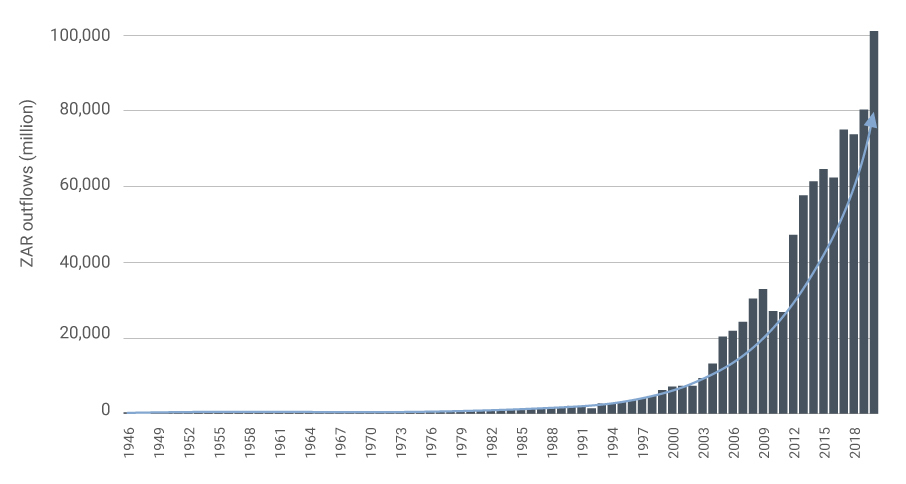 As offshore wealth specialists, we at Carrick closely monitor the outflow of rands into foreign jurisdictions and try to understand the reasons behind the escalation and final destinations of funds. By far the most popular countries receiving the outflows continue to be tax-friendly jurisdictions such as the British Virgin Isles, the Channel Islands, and Mauritius. Other countries that receive notable outflows include Australia, Canada, New Zealand, and the USA — all countries that South Africans view as good alternatives to live.

It is no secret that one of the major reasons behind high-net-worth investors seeking alternative investment destinations, stems from political and economic uncertainty. Policy uncertainty, rand volatility, a stagnant economy, and unreliable power supply currently make the case for investing in South Africa a difficult one. Other contributing factors are families looking to emigrate and start their lives elsewhere in countries that offer better educational prospects for their children, in more secure environments, as well as the growing number of attractive offshore financial solutions, and the increase in consumer knowledge around investing internationally.

Although there are some efforts by government to attract foreign direct investment, these efforts have largely been unsuccessful bar a few promising deals. In all likelihood South Africa will continue to see a steady stream of outflows unless major political and economic changes are made, including putting in place adequate policies, strategies, institutions, and capacity for attracting talented and affluent international migrants.