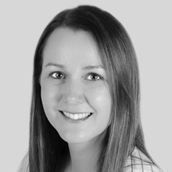 Nigeria took first place on the continent in terms of the number of enquiries we received in Q1 2022. Known as the ‘Giant of Africa’ because of its large population and economy, Nigeria is also living up to its nickname as it is the only African country to earn a place in the global top 10 in terms of applications Henley & Partners processed in Q1. South Africa was not far behind in second place in terms of enquiries, followed by Algeria, which has experienced extremely impressive growth so far in 2022, shooting ahead of Egypt and Morocco. We also received a large number of enquiries from citizens of Kenya and Zimbabwe.

The most popular citizenship programs for Africans to enquire about and apply for in Q1 were the St. Kitts and Nevis Citizenship by Investment Program and the Grenada Citizenship by Investment Program, both in the Caribbean. These two programs offer citizenship within around six months, and with all the associated benefits, such as the right of establishment in the CARICOM Caribbean Community and visa-free access to over 144 countries, including those of Europe’s Schengen Area and the UK. Grenada’s program has the added appeal of providing eligibility for an E-2 Investor Visa in the USA (for those wishing to be admitted to the USA when investing substantial capital in an American business), for a renewable ﬁve-year period, giving successful applicants and their families the right to enter, live, work, and study in America. Applicants to both programs can choose either to invest in government-approved real estate projects or make a relatively small contribution to the government. Neither program requires successful applicants to stay in the country and there is no need to travel to either nation during the application process.

The most popular residence program for high-net-worth Africans is still the Portugal Golden Residence Permit Program. However, as one of just two investment migration programs in Africa, the Mauritius Residence by Investment Program is also attracting a great deal of interest. This is perhaps unsurprising given that Mauritius was the fastest-growing private wealth market in Africa in percentage terms over the past decade, with growth in privately held wealth of 74% between 2011 and 2021. Private wealth is the total wealth held by all the individuals living in a country, including all their assets (property, cash, equities and business interests) less any liabilities. This multicultural Indian Ocean island nation also has the highest wealth per capita in Africa at USD 34,500. What’s more, according to Henley & Partners’ recently published 2022 Africa Wealth Report, Mauritius looks set to remain the fastest-growing wealth market in Africa, with projected growth of 80% over the next decade. This will also make it one of the fastest-growing high-income markets in the world, together with Australia, Malta, New Zealand, and Switzerland. By 2031, Mauritius’s high-net-worth population, which was 4,800 in December 2021, is expected to reach over 8,000.

Our 2022 Africa Wealth Report revealed that currently Africa’s ‘big five’ private wealth markets — South Africa, Egypt, Nigeria, Morocco, and Kenya — together account for over 50% of the continent’s total wealth. Yet no matter how well or poorly a country is performing today, one thing has become very clear in this era of uncertainty — governments and investors alike must focus on building resilience. Preparing for the next shock is imperative, and one proven means of doing so is via investment migration, whereby investors can acquire an alternative residence or second citizenship in a different jurisdiction in return for investing in a host country, which in turn receives extra funding for the national treasury, increased foreign direct investment, and a considerable source of sustainable revenue without having to increase debt and burden future generations. Last year was a record-breaking year for Henley & Partners, in which we assisted clients representing 79 different nationalities, including citizens of 15 countries from across Africa.