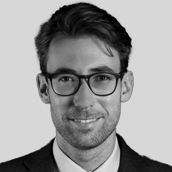 High inflation has become a dominant topic among investors, central bankers, and even politicians hoping for their re-election. The year-over-year increase in the United States Consumer Price Index (CPI) as of April has been 8.3%, a level not seen in decades. Switzerland, on the other hand, is surprisingly not plagued by such price increases, as inflation remains at a muted 2.5% year-over-year. This begs the question of how such a small and open economy can withstand this global price pressure.

The answer is multi-faceted. On the one hand, the USA’s inflation basket categories are weighted differently from Switzerland’s, with the biggest difference being in housing expenses. While housing represents just 20% of a Swiss resident’s spending budget, it stands at 35% for the average US-based American. At the same time, rents are very sticky in the Alpine country, while the US housing market is notoriously volatile, and rent agreements are typically re-negotiated every one or two years.

Another aspect where the USA diverges from Switzerland is in the energy mix that powers each nation, especially in terms of their difference in electricity production. Switzerland relies on hydro-electric power plants to produce 66% of its electricity consumption, with the remainder largely coming from nuclear reactors. By contrast, according to the U.S. Energy Information Administration, the USA’s electricity production is based on 38% natural gas, 22% coal, 20% nuclear, and 20% renewables including hydro, solar, and wind. The rise in oil and gas prices has compelled electricity producers to increase prices to safeguard their profitability, and American consumers are faced with much higher bills.

Comparing the labor markets of the two countries is an interesting concept, since Switzerland is barely the size of New York City alone. But herein lies another important key to understanding the difference in inflation between the two countries. The unemployment rate in Switzerland has hardly budged during the Covid pandemic, while the USA reported figures north of 14%, reflecting the differences in the two governments’ economic responses. The Swiss government immediately supported employers and mandated them to keep employees on their payroll throughout the pandemic. The US government tackled the issue differently and supported fired employees with transfer payments. As Covid retreated, US employers found themselves in a massive hiring spree, bidding up wages of former staff. Swiss workers didn’t have much bargaining power since they were not let go in the first place.