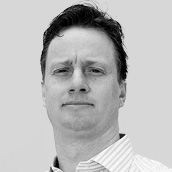 In 2022, the USA dominates the world’s top 20 wealthiest cities, with six American cities listed. Two Swiss cantons also make the top 20, along with eight cities in the Asia-Pacific region.

The Big Apple is home to 345,600 millionaires, including 737 centi-millionaires (with wealth of USD 100 million or more) and 59 dollar billionaires. New York is the financial center of the USA and the wealthiest city in the world by several measures. It is also home to the world’s two largest stock exchanges by market cap (the Dow Jones and NASDAQ). Perhaps most notably, total private wealth held by the city’s residents exceeds USD 3 trillion — higher than the total private wealth held in most major G20 countries.

The city comprises the five boroughs of the Bronx, Brooklyn, Manhattan, Queens, and Staten Island and features some of the world’s most exclusive residential streets, including 5th Avenue in Manhattan where prime apartment prices can exceed USD 28,000 per square meter.

It should be noted that there are several affluent commuter towns located just outside New York City that also contain a large amount of top-tier wealth. Notables include: Greenwich, Great Neck, Sands Point and Old Westbury. If these towns were included in our New York City figures, then billionaire numbers in the combined city would exceed 120.

Tokyo has 304,900 resident millionaires, including 263 centi-millionaires and 12 billionaires. Its relatively low billionaire population compared to most other cities on our top 20 list shows that wealth is relatively evenly distributed in Tokyo, with the middle classes and lower-tier millionaires controlling most of the city’s wealth. Major companies based in Tokyo include Honda, Hitachi, Mitsubishi, Softbank, and Sony.

The wealthiest city in the world for many years, today 272,400 millionaires call London their home — a figure that includes 406 centi-millionaires and 38 billionaires. The homes and apartments that overlook London’s parks such as Hyde Park and Regents Park, and green spaces such as Hampstead Heath are especially affluent. London’s wealthiest neighborhoods are visualized in a heat map produced by location analytics specialists Webster Pacific.

It should be noted that London has seen a steady outflow of millionaires over the past decade, with many leaving the city for nearby commuter towns such as Ascot, Beaconsfield, Bourne End, Bray, Cookham, Henley, Leatherhead, Maidenhead, Marlow, Taplow, Virginia Water, Weybridge, and Windsor. There are a number of possible reasons for the exodus, including rising crime rates in the city.

Ranking 5 th globally, Singapore is the Asia’s second-biggest millionaire oasis after Tokyo. Home to 249,800 millionaires, including 336 centi-millionaires and 26 billionaires, the city-state is widely regarded as the world’s most business-friendly city and is one of the top destinations for migrating millionaires. A net inflow of approximately 2,800 high-net-worth individuals is projected for 2022 alone according to the latest Henley Private Wealth Migration Dashboard.

This area is home to 192,400 resident millionaires, with 393 centi-millionaires and 34 billionaires. Our figures for this area include wealth held in the city of Los Angeles, as well as nearby Malibu, Beverly Hills, Laguna Beach, Newport Beach, and Santa Monica. Key industries include entertainment, IT, retail, and transport.

The largest inland city in the USA and home to 160,100 millionaires, including 340 centi-millionaires and 28 billionaires, Chicago, has a highly diversified economy that is strong in many key sectors. Chicago is the base city for 35 Fortune 500 companies, including the likes of McDonalds and Boeing.

Houston – one of the world’s fastest growing cities

The city of Houston has 132,600 millionaires, with 314 centi-millionaires and 25 billionaires. Houston is one of the world’s fastest growing cities in terms of wealth growth over the past 20 years. It is also the leading US city in a number of key sectors including aeronautics, basic materials (oil and gas), biotech, and engineering.

Beijing – the billionaire capital of China

China’s capital Beijing has 131,500 resident millionaires, including 363 centi-millionaires and a particularly high number of billionaires — 44 — only New York City and the San Francisco Bay area rank higher based on this measure. Beijing also houses the head offices of most of China’s largest companies.

Shanghai is China’s largest city, widely seen as its financial capital, and is home to 130,100 millionaires, with 350 centi-millionaires and 42 billionaires. The Shanghai Stock Exchange is the third largest in the world by market cap (after the Dow Jones and NASDAQ).

Sydney – on the ascent

Home to 129,500 millionaires, including 188 centi-millionaires and 16 billionaires, Sydney has experienced very strong wealth growth over the past 20 years and is fast becoming one of the world’s top financial centers. Affluent suburbs include: Bellevue Hill, Darling Point, Double Bay, Dover Heights, Longueville, Mosman, Point Piper, and Vaucluse. Real estate prices in these suburbs are extremely high.

Now home to 125,100 millionaires, with 280 centi-millionaires and 28 billionaires, a decade ago Hong Kong was the Asia-Pacific’s second wealthiest city after Tokyo, but has since been overtaken by Singapore, Beijing, Shanghai, and Sydney. Notwithstanding this, many of Asia’s wealthiest businesspeople still base themselves in the special administrative region, and the Hong Kong Stock Market remains one of the world’s most important exchanges.

Frankfurt – the financial and millionaire hub of the EU

Frankfurt is the wealthiest city in mainland Europe and one of the world’s top financial centers that is the home of 117,400 millionaires, including 161 centi-millionaires and 14 billionaires. Notably, Frankfurt ranks well ahead of other major German cities (Berlin, Hamburg, and Munich) when it comes to their millionaire populations, despite having a lower GDP contribution.

Another of the world’s foremost financial centers, Toronto has 116,100 resident millionaires, with 187 centi-millionaires and 17 billionaires. Major companies based in the dynamic city include Brookfield Asset Management, the Four Seasons Hotel Group, George Weston, Onex Corporation, Royal Bank of Canada, and Scotiabank. Toronto also has a very fast-growing tech sector.

A global center for finance and banking, the Canton of Zurich is home to 105,100 millionaires, a figure that includes 258 centi-millionaires and 12 billionaires. Credit Suisse, Julius Baer, and UBS are all headquartered in the city — private banks that have serviced many of the world’s wealthiest families for generations.

Seoul Special City has 102,100 resident millionaires, including 241 centi-millionaires and 25 billionaires. Notably, Seoul accounts for a high 75% of South Korea’s total high-net-worth individual population and over 80% of the country’s billionaires. Major companies based in the city include Hyundai, Kookmin Bank, LG, and Samsung.

Australia’s most livable city Melbourne is the home of 97,300 millionaires, with 149 centi-millionaires and 12 billionaires. Many of the country’s largest companies, such as ANZ, BHP, Rio Tinto, and Telstra are based in the coastal city, whose affluent suburbs include Brighton and Toorak. Like Sydney, Melbourne is gaining in wealth at a rapid rate.

The Dallas & Forth Worth metroplex has 92,300 millionaires, including 211 centi-millionaires and 18 billionaires. Like its Texan cousins Houston and Austin, Dallas has seen very strong wealth growth over the past two decades with many companies relocating their head offices there. Major resident Fortune 500 companies include American Airlines, AT&T, CBRE, ExxonMobil, Southwest Airlines, and Texas Instruments.

In addition to being the home to the UN, the Canton of Geneva has 90,300 millionaires, 345 centi-millionaires, and 16 billionaires. Geneva is in Romandy, the French-speaking part of Switzerland, and is a hub of diplomacy and banking, with an economy dominated by private banks, wealth managers, and private family offices as well as luxury watchmakers. Notable companies based in the canton include Bordier & Cie, Edmond de Rothschild Group, Lombard Odier, Patek Philippe, Pictet, and Rolex. Geneva has a notably high concentration of millionaires, with around 18% of its residents being high-net-worth individuals — only Monaco has a higher ratio at 44%. Residential property prices are extremely high, with prime apartment prices reaching as much as USD 22,000 per square meter (surpassed only by New York City and Monaco).

Paris – the luxury and tourism hub of mainland Europe

Paris is the city of choice for 88,600 millionaires, including 121 centi-millionaires and 15 billionaires — figures that include all wealth held in the city of Paris and the bordering department of Hauts-de-Seine. Known for its art, couture, culture, and gastronomy, key sectors include financial services, luxury goods, and hospitality (restaurants and hotels). Many of Europe’s largest companies are based in the city including the likes of BNP Paribas, Credit Agricole, and Moët Hennessy Louis Vuitton.

Dubai, Mumbai, and Shenzhen – the wealthiest cities of the future

These three cities are growing quickly and are expected to break into the top 20 by 2030. Dubai currently ranks 23rd globally and is already home to 67,900 millionaires, 202 centi-millionaires, and 13 billionaires. The emirate has a highly diversified economy, which is strong in multiple key sectors including basic materials, hotels, financial services, oil and gas, real estate, retail, and transport. Affluent parts of Dubai include Emirates Hills, the Jumeirah Golf Estate, and the Palm Jumeirah.

Currently ranked 30th, Shenzhen is home to 43,600 millionaires, including 135 centi-millionaires and 17 billionaires. Shenzhen is widely seen as the hi-tech capital of China and is home to the Shenzhen Stock Exchange — the seventh-largest stock market in the world by market cap. Major companies based in the city include Huawei, Tencent and ZTE.

The fastest growing cities and towns for millionaires worldwide

As part of this report, we reviewed the fastest growing cities and towns for high-net-worth individuals globally between January and June 2022. As reflected, cities with strong oil and gas industries performed especially well, including the likes of Riyadh, Sharjah, Dubai, Luanda, Abu Dhabi, Doha, and Lagos. This was mainly due to stock market rises in these markets and a big increase in Brent crude prices, which rose from USD 78 in December 2021 to USD 110 in June 2022 (month-end rates in US dollars). Cities in the UAE got an extra boost from inward millionaire migration, as illustrated in the latest Henley Private Wealth Migration Dashboard.

Cities in the US states of Texas and Florida also performed well, with American companies increasingly moving their head offices to these states. Austin in Texas has been the standout, while Houston, West Palm Beach, and Miami have also grown strongly. Florida is an increasingly popular destination for retired high-net-worth individuals, especially those from the East Coast cities of Boston, New York, Philadelphia, and Washington DC.

Some other interesting cities on the fast-growing list include Lugano — with Switzerland’s Lake Lugano region an increasingly popular hotspot for affluent retirees from Europe and beyond. Bengaluru, known as the “Garden City” and the “Silicon Valley of India” is also gaining millionaires — fast-growing sectors in the city include IT, biotechnology, and business process outsourcing. Hangzhou is widely regarded as one of the more scenic cities in China and is known for its architecture and gardens. Notably, media and retail company Alibaba is based in the city. Cannes and Antibes on the French Riviera are popular hotspots for retiring millionaires. The same goes for St. Tropez and Eze (which do not make our list due to their smallness). Greenwich in Connecticut has benefited from a move of businesses and high-net-worth individuals out of nearby New York City. Lisbon is a popular destination for affluent families from Brazil, China, South Africa, Turkey, the UK, and the USA, as well as from the rest of Europe.

The first half of 2022 was a negative period for global wealth formation. Worldwide high-net-worth individual numbers were down by 5% in the six-month period to June 2022. This drop was mainly due to the poor performance of major stock market indices — the S&P 500 Index declined by 20% while most other major indices were also down by similar percentages.